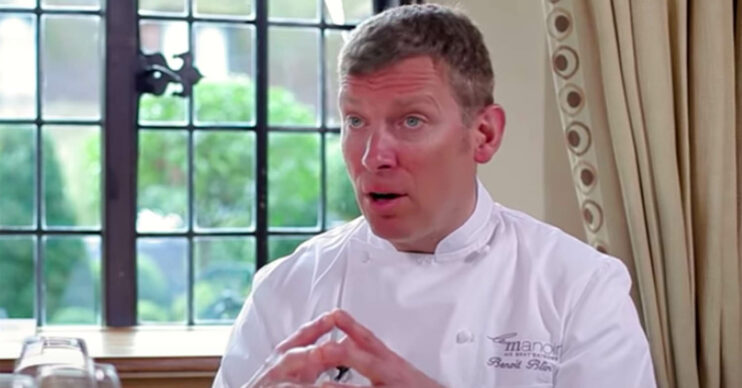 Benoit Blin on Bake Off: How old is The Professionals judge and where can I find his recipes?

Benoit Blin is a judge on Bake Off The Professionals.

A pastry chef, he is one of the most revered pastry chefs and experts in the country.

He’s worked at some incredibly exclusive restaurants, including the Ritz Paris.

So how old is he? And how long has he been on Bake Off?

Read more: How much is Bake Off’s Noel Fielding worth?

Get to know this famous chef here..

How old is Benoit Blin?

Benoit Blin tends to keep his personal life very private – including his age! His age is not public knowledge but we believe him to be at least 40.

But we do know that he is a proud Frenchman, and originally hails from Normandy, France.

Read more: When was Liam Charles first on Bake Off?

When did Benoit join Bake Off?

Benoit first appeared on Bake Off back in the 2016 spin-off series Bake Off Creme de la Creme.

Here he served as a judge across all eight episodes.

Since the show moved from BBC Two to Channel 4, Benoit has remained on Bake Off: The Professionals as a judge.

Benoit is notoriously private about his personal life.

It is unclear if he is married but he does appear to have children.

In fact, in a previous interview he opened up about his family life.

Speaking to The Staff Canteen he said: “When I get some spare time I try to really look after my family. I try to spend as much time as possible with my family because the art of cooking takes up a lot of your time.”

He added that his son likes to play rugby: “My son was playing for a few years when he was here before moving to university.”

Where does Benoit Blin work?

Here he serves as chef patissier.

In fact, Benoit has collaborated with Raymond for over 20 years now.

Where can I find Benoit Blin recipes?

Benoit Blin is a pastry chef with decades worth of experience and training under his belt.

So his recipes cannot easily be replicated by us humble amateur chefs!

And there are also some available on BBC Good Food.

What has Benoit said about Bake Off The Professionals?

Benoit has said he sees his role in Bake Off The Professionals as serving as a valuable mentor.

Speaking to Channel 4, he said: “I like to think that I am trying to mentor the teams to succeed and to show us some beautiful work. I really enjoy doing it, and we may be tough with them when we criticise their work but it’s to get them to be the best team possible.”

However, he did admit that filming the show can be tough on his waistline.

He added: “It’s not that difficult as long as the creations are beautiful to eat.

“My only complaint might be that you have to watch your weight, so to eat 12 desserts back to back sometimes is a lot to get through.

“The difficulty is giving the right level of feedback which will be positive for the team to take away. You don’t want to be mean for the sake of it, you want it to help as a fair comment for the Teams.”

When is Bake Off The Professionals on?

Bake Off: The Professionals is on 8pm on Tuesday June 8.

It will be available to stream on All4 shortly after it airs.

Bake Off Bake Off The Professionals Benoit Blin Channel 4 GBBO