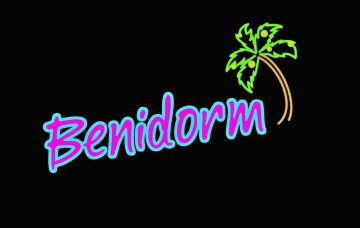 Benidorm SPOILER: Character ‘returns from the dead’ in tonight’s episode

The Solana Hotel guests are in for a shock!

The guests of the Solana hotel are in for a shock tonight when Kenneth appears, just as they’ve started to come to terms with him being dead.

He’s been presumed dearly departed after jumping into the sea during last week’s episode.

Tomorrow is Monday and that means new week, new #Benidorm! Wednesday night sees ep2. Kenneth resurfaces and does he have a tale to tell! But where did he spend the night? And who washed and ironed his clothes for him? Who indeed… pic.twitter.com/Cl7NR3cD09

He was attempting to get help after the boat failed to turn up to take Joyce’s wedding party back from the ceremony at Peacock Island.

But at the end of the episode, a name tag saying Kenneth washed up on shore… leading viewers to the conclusion that he’d not made it.

And as the wedding party eventually get back to the Solana in tonight’s episode, they discover that he didn’t make it back to the hotel.

They then start to accept the worst.

But alive he is – and Kenneth sure makes some noise when he learns that his salon has been turned into an unlicensed dental surgery by Stanley Keen.

It’s not long before Stanley has Kenneth in his dentist’s chair and chomping on a mouth guard… seemingly not of his own free will, though…

Elsewhere in tonight’s episode, Rob Dawson returns with a new partner, but the family can’t work out if they will be meeting an Arthur of a Martha.

So much happening in ep2! The Dawsons also welcome back Rob from his travels with open arms but will they say the same about the mysterious Cyd – will he/she find a place in the Dawson’s hearts?! NEW #Benidorm Wed 7th March 9pm @ITV pic.twitter.com/k6M6gJgywI

There was something of a furore after Benidorm returned for its 10 series last week, and The Sun reported the comedy drama had been axed.

Creator Derren Litten hit back at the story, denying the popular show has been dropped…

Do you love Benidorm as much as ever? Let us know by commenting on our Facebook page @EntertainmentDailyFix!