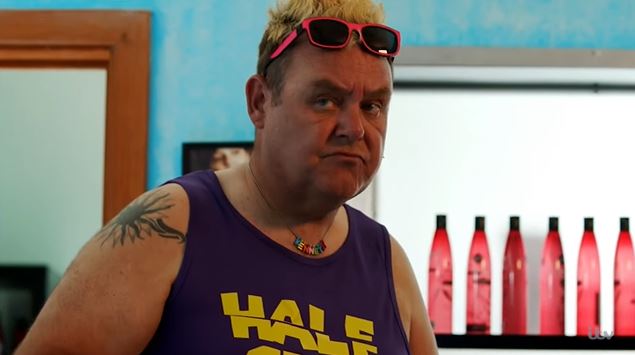 Most were overjoyed to have it back on their screens

Fans of Benidorm were overjoyed last night when the hit comedy series returned for a repeat.

The series eight re-run got underway on ITV on Wednesday (June 10) evening, taking viewers back to the Solana Resort in Benidorm and the shenanigans of the holidaymakers and staff at the tourist hotspot.

After it aired, the show’s creator – award-winning screenwriter Derren Litten – had a furious response to one viewer who suggested Benidorm died a ‘long, painful death’ after series seven.

How did Derren respond?

Should have ended when the Garveys left.

The viewer tweeted: “#Benidorm should have ended when the Garveys left instead of being dragged out for another three series. The show died a long and painful death.

“If it were me, I would have ended the show and done a spin-off based in the UK with Kenneth, Jacqueline and Liam. Come on @ITV!”

Writer Derren told them: “No, if it were you there wouldn’t have been one [bleeping] laugh in any of the 74 episodes, [bleep].”

Some others agreed that series eight onwards wasn’t as strong as what came before it.

What did other viewers think?

One said: “I agree it was never quite the same after the Garveys left #Benidorm.”

Another tweeted: “Never the same after the Garveys” with a sad-face emoji.

However, plenty of viewers found it hilarious.

One fan tweeted: #Benidorm, bloody funny! Repeated, but a breath of fresh air, and much-needed humour in today’s world.”

Another on Twitter wrote, with laughing-crying emojis: “#Benidorm forgot how funny this is.”

Someone else said: “It was so good watching #Benidorm tonight, I can relate to the characters in this fabulous show. It had me longing for the day I can get on a plane and get out there.”

#Benidorm Bloody funny! Repeated, but a breath of fresh air, and much needed humour in today's world

#Benidorm forgot how funny this is 🤣🤣

– Benidorm continues on Wednesday (June 17) at 9pm on ITV