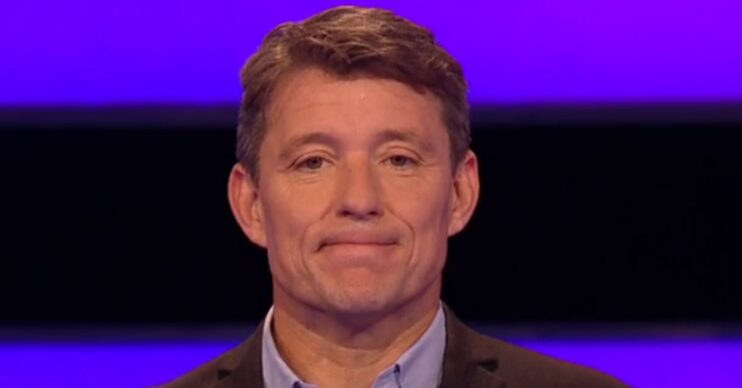 Fans feared over the show's future

The Good Morning Britain host has been busier than ever whilst filming the ITV game show in Bristol.

And the presenter has finally wrapped up on another successful season.

Ben, 46, updated fans in his dressing room as he filmed the show’s final episode.

“Can’t wait for you all to see these new eps and all the surprises that await. Very proud as ever to be part of such a fantastic and hardworking team!! #tippingpoint.”

Furthermore, Ben added in a video: “Today is the last one, this show we’re about to do is 165.”

Plenty of fans couldn’t wait to see the Tipping Point star back in action.

Taking to the comments, one said: “Well done Ben. Can’t wait to see your face on the new episodes.”

In addition, a third added: “Can’t wait as I’m sick of the very old repeats.”

How did Tipping Point fans react?

One said: “Totally finished or you have finished?”

Another added: “Do you mean there’s going to be no more shows after this one? Or that you’ve just finished this particular series.”

Another shared: “I’m so sad that Tipping Point is finishing. I have always enjoyed the show.”

A fifth penned: “What is happening? Is he saying goodbye?”

The star has divided his time between Bristol and London during filming.

But despite being busier than ever, Ben always puts his family first.

What is happening? Is he saying goodbye?

The presenter previously quit as host of Sky Sports football show, Goals On Sunday, in 2019.

With two teenage sons he realised that family time was precious and wanted to free up his weekends.

Speaking of his decision, Ben told the Daily Mirror: “Doing Goals on Sunday has been amazing, but I can see that not only will we all benefit as a family but I’ll benefit too from being more involved in their weekend life.”