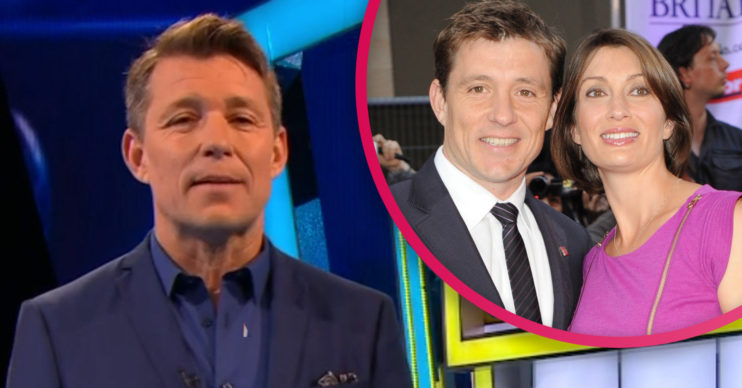 The Tipping Point host spoke out on ITV's Lorraine

Ben Shephard revealed he’s been banned from Strictly by his wife.

Speaking to Andi Peters on ITV’s Lorraine, the host called Annie “narrow minded” as he revealed she was concerned he’d cheat.

Ben Shephard reveals wife has banned him from Strictly

Although Ben is desperate to sign up for the show, Annie is reportedly fearful of the Strictly curse.

The presenter said: “My wife really doesn’t want me to do Strictly.

“I’ve talked about it very publicly but she’s not interested in me having an affair – I think she’s being very narrow minded.

“Honestly, I think it could be a great opportunity and it would be an amazing experience.”

Ben went on to reveal why he would make the perfect Strictly contestant.

He continued: “I spent three years at university learning dance.

“I’ve got a degree in dance but that doesn’t mean I’m a good dancer, obviously.

“But I would love to do Strictly…I love a bit of spangle and glamour on a Saturday night.

“As things stand though, that’s a negotiation that needs to happen between the BBC and my wife.”

Realising Annie might not approve of his comments, he jokingly added: “I could get myself in a lot of trouble here!”

Elsewhere during the interview, Andi asked Ben about the future of Ninja Warrior.

Unfortunately, it isn’t good news for fans of the hit ITV series, which Ben fronts with Rochelle Humes and Chris Kamara.

“Ninja Warrior’s not coming back,” he said.

Read more: Sean Fletcher gets emotional on GMB over reaction to his longer hair

“We are ever hopeful that ITV will make another series because we absolutely adore making the series.

“You know, working with Rochelle and Kammy is something special.”

Ben added that Ninja Warrior is a great platform for promoting an active and healthy lifestyle.

He said: “At a time when we’re trying to promote health and wellbeing, I’m not sure there are any many better platforms than Ninja Warrior.

“The Ninja community is huge up and down the country.

“So we would love ITV to make another series – and we would do it at the drop of a hat.

“Right now sadly there are no plans. but you never know.