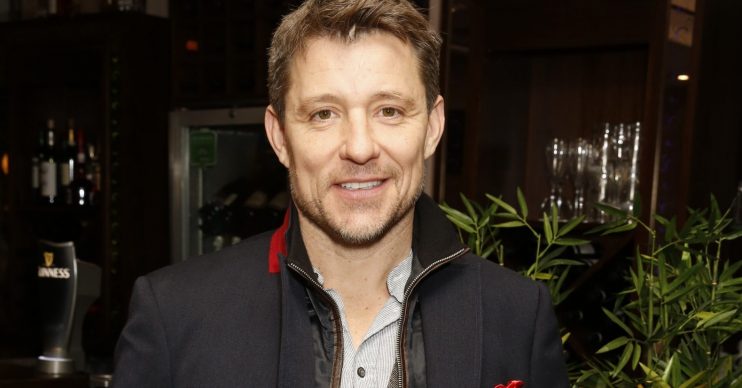 Where is Ben Shephard? Good Morning Britain host is replaced by Adil Ray

However, the presenter was replaced by Adil Ray, who fronted the show alongside Ranvir Singh.

There was some concern that Ben was missing due to coronavirus, however, Adil was quick to explain why he was filling for his colleague.

Joking, he said: “I thought I’d just pop in today! I thought I’d better make this clear as well – Ben was planned to be off by the way. Ben is absolutely fine. I was booked in a few weeks ago.”

Meanwhile, Susanna Reid has been off air all week as has been following the government’s guidelines to self-isolate for 14 days after one of her teenage son’s developed a cough.

In a double blow, one of her sons. was due to take his GCSEs this summer while the other was set to sit his A levels – however, all exams have been cancelled.

Today, Susanna gave an update on how her family have been coping: “[My sons are] teenagers and so nothing phases them too much. I think I’d be more concerned if they were a little bit younger – perhaps then they would a little bit more anxious.

“But they have been brilliant, absolutely brilliant – and we are now in day four of self-isolation.”

Susanna then opened up about how coronavirus is going to impact her plans for Mother’s Day this coming Sunday.

“Normally that is a big day for us and we’d see mum,” she said. “But now, we’re switching from face-to-face contact to FaceTime contact and in fact, my boys said we probably see more of grandma now we’re in self-isolation because we’re on FaceTime all of the time! She hasn’t felt left out.”

Ranvir then opened up about how coronavirus has impacted her home life.

The presenter explained. that she has a seven-year-old child and also has her 70-year-old mother living with her.

At the start of the outbreak,  Ranvir admitted that she had a falling out with her mum when she failed to take the coronavirus outbreak seriously.

The Education Secretary, Gavin Williamson will be on the show today to explain what the school closures mean for teenagers about to take exams pic.twitter.com/KsjJOboOPg

“We had a massive argument right at the beginning because I was on hyper alert,”  she said. “My son was at school and I was in London, and we were both going home to my mum.

“My mum said ‘don’t be ridiculous, the germs aren’t in here that’s all superstition’ – You can imagine my blood pressure! We had this massive argument. But I think this is not uncommon. Now funnily enough, she’s quite worried.”