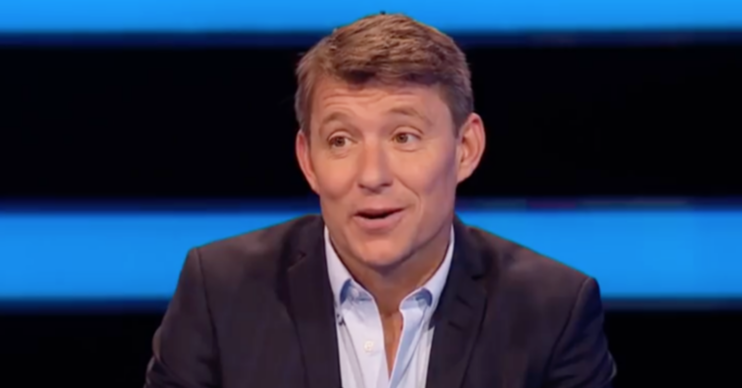 He came home with more than just a stick of rock

Tipping Point host Ben Shephard once made a sex confession so risqué that it made his co-stars squeal and tell him it made them feel “uncomfortable”.

While he may be a clean-cut family man, happily married to wife Annie, it seems that wasn’t always the case as Ben previously opened up about a work trip to Magaluf.

Chatting about his trip, Ben admitted that he came home with a souvenir – and we don’t mean a stick of rock.

He had the women enthralled as he recounted his visit to a foam party in Magaluf, telling them that he “caught something” from a “Northern girl” while he was there.

Admitting it happened “back in the day”, Ben left Susanna open-mouthed and “uncomfortable” with his antics, while Kate was desperate to know more.

If you’re on Team Kate, you’re in luck, because here’s the dirt Ben dished.

Ben divulged that his “unforgettable night” took place while he was working on a BBC holiday programme in Majorca.

While there, he was asked to check out the nightlife.

“I went to one of those foam parties in Magaluf once and I’ve not forgot it. I’ve not got rid of what I caught, either,” he quipped.

“I was filming for the BBC Holiday programme back in the day. I thought this would be brilliant and it just wasn’t.’

“I seem to remember she was Northern and that’s about all I can remember,” he said.

‘It was an education’

Money man Martin Lewis was also in the studio for the shock confession.

“We still want to know what you caught though! I feel like I’ve walked into a Carry On film here,” he said.

Read more: Netflix fans are convinced 365 Days cast are having sex for real – are they?

“I’m not saying,” said a suddenly coy Ben. “It is something I will never forget. It was an education.”

With Susanna urging her co-host to move on, Ben continued: “Let me just explain. There’s lots of ways you can holiday in Majorca.

“It’s beautiful island, there are three areas you can go to. There is high end, then families, then the party town.

“There were three of us going to different parts and I ended up in the party town.

“Well, I’ve not been back. I tell you what it, is an experience,” he said, before adding: “Everyone should do it at some point, trust me!”

Tipping Point Lucky Stars is on tonight (April 24) at 7pm on ITV.