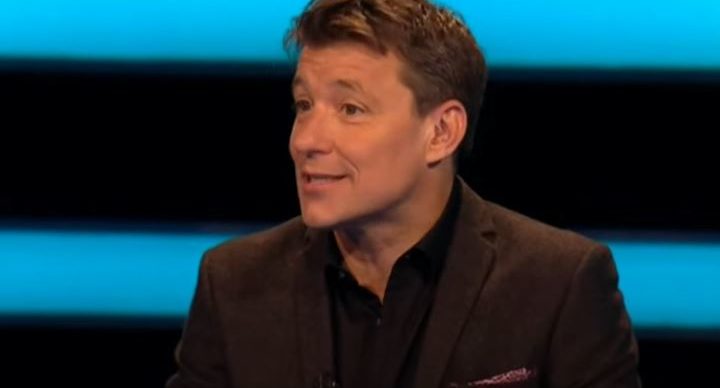 The GMB presenter is currently focusing on the ITV quiz show

Ben Shephard has swapped the Tipping Point set for a sweaty gym session and shown of his fitness.

The 45-year-old presenter is currently taking a break from his usual slot on Good Morning Britain while filming the quiz show in Bristol.

Taking to Instagram today (August 19), Ben proved it isn’t all work as he headed to the gym for a brutal workout.

He was filmed taking part in a series of tough upper body exercises.

At one point, Ben lifted himself up on to the bar before lowering himself down again.

The ITV star appeared completely focused as his personal trainer cheered him on from behind the camera.

Alongside the post, the dad-of-two wrote: “No idea what these are but they hurt.”

Last week, Ben revealed he was making the most of his time away from work in the gym.

He posed alongside his PT and wrote: “It’s been too long!

“Back with @starksfitnessgym in Bristol + @s74rks and yet again I’m a sweaty mess.

“Love this place, top job getting it back and brilliant to see so many people training so hard socially distanced!! #fitness.”

Fans rushed to comment on the snap, with one saying: “Always inspire me to get moving again .. especially after all the craziness of ‘covid’ times.”

Another added: “Ben you are super fit, you put most of us to shame , as well as getting up at the crack of dawn and working hard!”

When is Ben Shephard back on GMB?

Earlier this month, Kate Garraway revealed it would be her pal’s final stint hosting GMB for some time.

Ben explained: “I’m not having any time off at all – it’s peak Tipping Point season!

Read more: GMB’s Alex Beresford discovers his photos are being used on a fake Tinder profile after he became single

He added: “Don’t think I’m going to be sat with my trotters up down in the south of France.”

The popular presenter is expected to return to Good Morning Britain in the autumn.