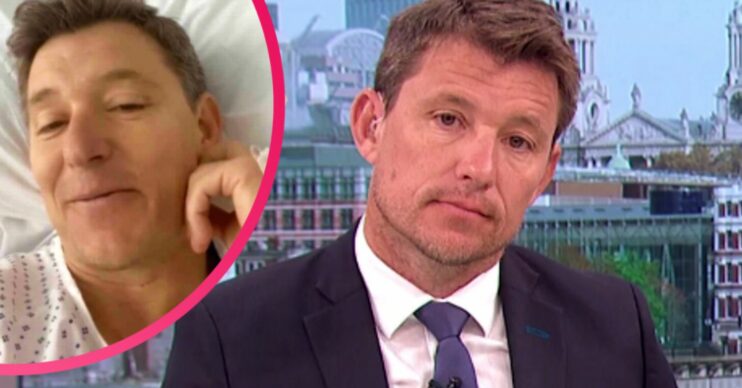 Ben Shephard is facing a ‘very slow, long rehab’, he tells fans from his hospital bed

The GMB star injured his leg during a football match

GMB star Ben Shephard is facing a long road to recovery in hospital after his painful injury.

The ITV presenter, 46, was forced to undergo surgery after he injured his leg during a football match recently.

He managed to rupture his ACL, tear his meniscus and fracture his leg during the shocking incident.

The Good Morning Britain star has revealed that it’s going to take a lot of time before he’s back fighting fit.

Ben spent the night in hospital yesterday (July 6) after his surgery.

Thankfully it all went well, and Ben has given fans an update on social media.

However, it’s going to be a long time before the star can return to normal.

“So they’ve repaired the ACL and meniscus and now starts the rehab – very slow, long, rehab,” he said.

Ben also appeared to cast his doubts over an immediate return to work on Good Morning Britain and Tipping Point.

He says the painkillers he’s been given have left him feeling unable to be back in front of the camera.

“I can’t believe I broadcast on painkillers like this a few years back!” he said.

“Kate Garraway and Susanna Reid – what were you thinking letting me broadcast when I felt like this?!”

Ben first revealed his injury to GMB viewers in June.

“A few weeks ago you may remember I played in the veterans’ cup – my old boy’s league,” he told those watching at home.