Ben Shephard has admitted he was "transfixed" when he accidentally saw his Good Morning Britain co-host Kate Garraway topless.

Earlier this month, the presenter revealed he once saw his pal Kate topless but kept it secret for 20 years.

The pair spoke about the moment on today's edition of the daytime show, which marked the first time Kate and Ben had appeared on screen together since his revelation. 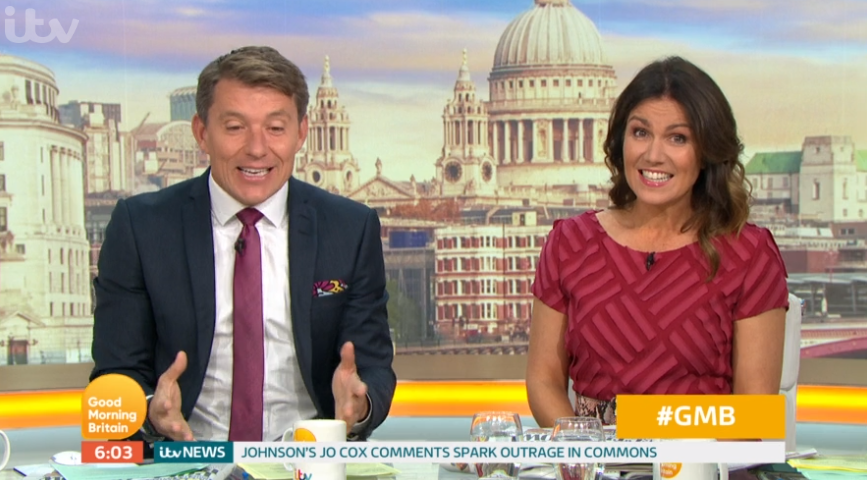 Ben said he was "transfixed" when he accidentally saw Kate topless (Credit: ITV)

Stumbling over his words, Ben said: "Now this is an interesting answer I have to come up with."

Recalling the moment he saw her topless, Ben explained: "We were working together and lived round the corner from one another, we literally were neighbours.

"I'd invited myself over for a cup of tea, I was cycling everywhere at the time and her kitchen was in her basement. 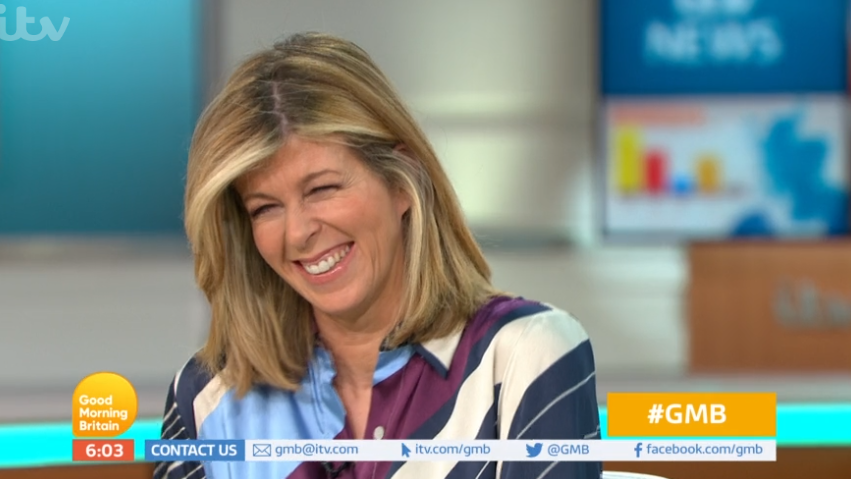 Kate said she had no idea until a few years ago (Credit: ITV)

"I was chaining my bike up and it was lunchtime, so Kate had obviously gone home and had a sleep and then suddenly someone walked into the kitchen and I looked up and it was Kate and she was topless.

I undid my chain and I slowly walked away like I'd never seen a thing.

"I stopped and I was just transfixed."

Susanna jumped in: "What you mean is you immediately looked away to preserve her dignity."

Ben said: "I didn't want to move because she would notice me and that would be really embarrassing. So I undid my chain and I slowly walked away like I'd never seen a thing. I was in a hot sweat."

‘It took me 20 years to confess.’@BenShephard recalls the slightly awkward moment he saw @KateGarraway in the buff. 😅😅😅 pic.twitter.com/Bo2wnohMek

Kate said: "The weird thing was I rang him saying, 'when are you coming over?' and he said, 'oh I just got a bit tied up.' And then decades past."

Ben explained the moment he had to tell Kate that he had seen her topless.

He said: "I had this morning that I came into work and I sat down with her and said, 'Kate, there is something I need to tell you.' And you were really panicking..."

Kate continued: "You said, 'I've seen you naked,' and I said, 'When? Was it before or after kids?' and he said before kids and I thought thank god because [my body] is going to be a lot better back then."