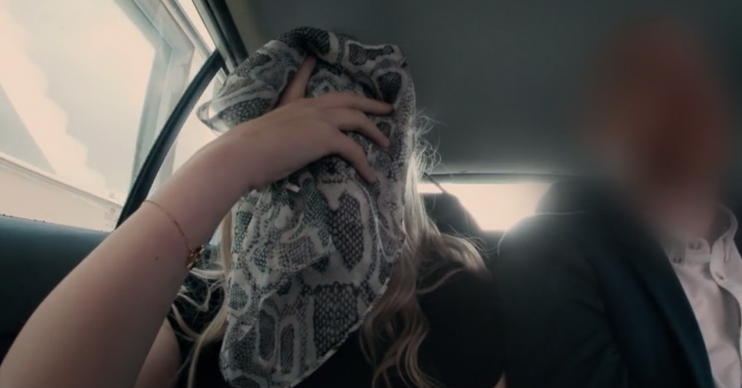 Some have threatened to boycott future holidays

Believe Me viewers were left horrified by documentary claims made about the investigation of a rape in Cyprus.

But while many hailed the teenager at the centre of the ‘false gang rape’ scandal, others slammed failings by authorities.

She claimed she was raped by up to 12 Israeli tourists.

The alleged offence happened in an Ayia Napa hotel room on July 17 of last year.

The 12 men were all released without charge.

There was no other way out of that police station.

However, the 19-year-old student from Derbyshire was charged. She spent weeks in prison before being granted bail in August.

She received a four month prison sentence, suspended for three years, after being convicted earlier this year of making up the claims.

‘I can sort this out’

She has since returned to the UK and appealed against her conviction to the supreme court in Cyprus.

The teen has also vowed she will get “justice”.

She claimed she was forced to retract her complaint by police in Cyprus.

She said: “There was no other way out of that police station other than sign that retraction statement.

“I thought as soon as I am outside that volatile environment I can sort this out.

“When you’re in that situation, the only sensible thing to do is to conform.”

‘A complete miscarriage of justice’

Many sympathetic viewers insisted tourists should ‘boycott’ the Mediterranean country.

“How horrendous that the poor girl was treated like that. Shame on the police and the justice system in #Cyprus #WeBelieveYou,” wrote one social media user.

“A complete miscarriage of justice. It also seems to me she had no support from the UK government, shameful #believeme #Ibelieveher

A third moved viewer remarked: “Struggling to sleep thinking about #BelieveMe and everything ‘Emily’ had to go through.

“Is there a way to check how reliable and trustworthy the police are in future holiday destinations? She had the bravery to speak up and was victimised further in return #Ibelieveher #Cyprus #Israel.”

‘All girls should think twice before holidaying in Ayia Napa’

Indeed, other Twitter users expressed how the documentary had put them off visiting Cyprus in the future.

One person wrote: “My heart goes out to the survivor. I will never be returning to Cyprus until those 12 rapists and the justice system takes responsibility for the life they have ruined. #BelieveMe #Ibelieveher.”

Another person echoed that thought: “All girls should think twice before holidaying in Ayia Napa if the police and local authorities behave like this. So so shocking and disgusting. Shame on them – heads should roll #believeme.”

“Wouldn’t let my daughter go on her hols to Cyprus after seeing the disgrace of a justice system. Setting that poor girl up and letting them scumbags walk free #BelieveMe,” commented a third person.

“All parents need to watch this and think carefully before allowing your children to Cyprus #believeme #boycottcyprus,” cautioned someone else.

And yet another person claimed: “Having young teenage daughters myself who no doubt will want to go off on holidays with their friends, scares the [blank] out of me.”

– Believe Me: The Cyprus Rape Case can be watched on ITV Hub