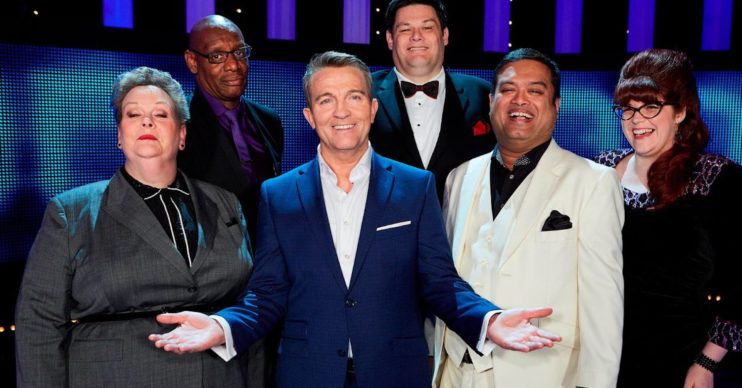 What is Beat The Chasers, when does it start and who is hosting?

You may have noticed ads for Beat The Chasers popping up all over ITV.

But what is the new daytime quiz show, is Bradley Walsh hosting and who are the Chasers?

What is Beat The Chasers?

Beat The Chasers is a brand spanking new quiz show on ITV.

As you made have guessed from the name, it’s a spin-off from The Chase.

The difference between the two shows is that Beat The Chasers gives contestants the opportunity to take on as many Chasers as they want.

The new spin-off series will of course be hosted by Bradley Walsh.

How does Beat The Chasers work?

Presenter Bradley will call out people from the audience to compete.

Once on the stage, the contestants will have to answer five multiple choice questions.

In this round, they’ll be able to win up to £5,000 but if they mess up on the first question, they’ll lose everything,

The second round sees contestants faced with playing between two and all five Chasers.

Unfortunately, the catch is that as the amounts of money get bigger, the time they’re given to plays gets smaller.

Piling the pressure on even more, as the prize money increases so do the number of Chasers the contestant has to face.

Only those daring enough to take on all five have the chance of walking away with the jackpot.

Who are The Chasers?

Five Chasers will star in Beat The Chasers.

The team consists of Mark ‘The Beast’ Labbett, Anne ‘The Governess’ Hegerty, Paul ‘The Sinnerman’ Sinha, Jenny ‘The Vixen’ Ryan and Shaun ‘The Dark Destroyer’ Wallace.

Commenting on the new format, Anne said: “I think what everyone’s going to notice is how exciting it is.

“The game going back and forth between the Chasers and the contestants is like a tennis match. There are very close finishes.”

Mark added: “Paul and I are the speed demons, who were picking up the easier stuff.

“But Anne has such wide range of knowledge – religion, art and literature – we respect the hell out of how good Anne is.”

Will you be tuning into Beat The Chasers? Leave us a comment on our Facebook page @EntertainmentDailyFix and let us know what you think of this story.