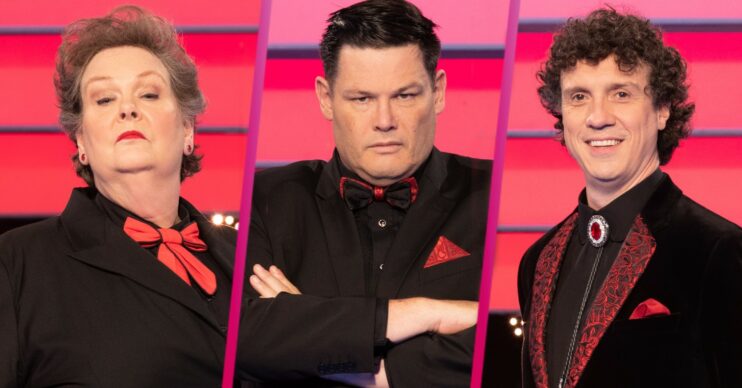 All six Chasers will appear for the first time...

Beat the Chasers is coming back for series four and it promises to be “the toughest series ever”.

All six Chasers take part for the first time and viewers will see the highest offers ever made on the ITV1 series.

Here’s everything fans need to know about the upcoming series!

Bradley Walsh returns to host as quizzers put their skills to the ultimate test to win big-money prizes.

And, in another series first, there are hundreds of thousands of pounds on offer in brand new ‘Super Offers’.

The option is only available to those who ace the Cashbuilder round.

‘Super Offers’ are made to those who answer all five questions correctly.

ITV promise: “Beat the Chasers returns for its toughest series ever, with all six Chasers and the highest offers ever made.”

Bradley Walsh says of series four: “When the Chasers started offering hundreds of thousands of pounds it was electric.

“The feeling in the room when there’s huge sums like that on offer is something else.

The series was also filmed in front of a live audience.

What Chasers are taking part?

Series four welcomes Darragh Ennis to the panel as a permanent Chaser.

Previously, he appeared as a replacement when Paul Sinha was unable to film due to his Parkinson’s diagnosis.

The Chase fans know that Darragh is a former contestant on The Chase who banked £9000 back in 2017.

He’s the first new Chaser since Jenny Ryan joined the series in 2015.

So series four will be the first time all six Chasers will appear together.

Jenny reveals: “It’s great to be all together with my five colleagues.

“We all have slightly different skill sets and specialities so it’s reassuring to know that we have most bases covered between us.”

When is Beat the Chasers back?

It will subsequently continue every Saturday night until the series ends.

Fans can watch the episodes on the ITV Hub immediately after it airs.

How many episodes is series four?

Series four of Beat the Chasers is only five episodes.

That means the last episode of the series is due to air on Saturday October 9 2021.

Will there be a Beat the Chasers celebrity special?

Yes! Carol Vorderman is appearing on this year’s Beat the Chasers celebrity special.

It is expected to air after series four.

Although she did not reveal details of her appearance, she did let slip that Dr Zoe Williams is also involved in the same episode.

The former Countdown brainiac also confirmed her choice of charity for the show is CLAPA community – the Cleft Lip and Palate Association.

Beat the Chasers returns to ITV1 with series four on Saturday September 11 2021 at 8.30pm.

Are you looking forward to series four of Beat the Chasers? Leave us a comment on our Facebook page @EntertainmentDailyFix.