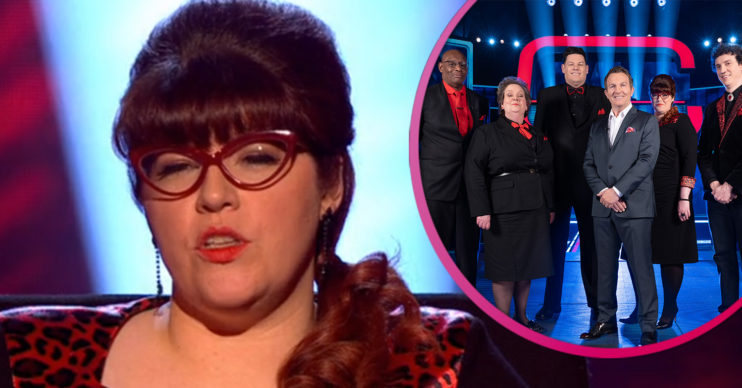 Beat the Chasers: Jenny Ryan hits back as viewer accuses final of being in Chasers’ favour

A viewer got in touch with Jenny on Twitter

Beat the Chasers star Jenny Ryan has hit back after a viewer accused the finals of being in the Chasers’ favour.

The hit ITV series returned on Monday night for its third season and viewers were thrilled to have the Chasers back on their screens.

But during last night’s episode (May 4), one viewer said the final’s “format is in the Chasers’ favour”.

What did the viewer say about Beat the Chasers?

The person wrote on Twitter: “The final chase format is in the Chasers’ favour as they don’t have to press a buzzer and wait for a name….

“So they can answer many more questions in the 2 minutes. Shame really.”

However, Jenny – aka The Vixen – was quick to respond on Twitter and denied this was the case.

What did Jenny Ryan say about Beat the Chasers?

However, Jenny replied: “No. The Final Chase is actually marginally in the team’s favour.

“The team literally have a head start of 1-4 points – which in terms of time cancels out fact the Chaser doesn’t have to buzz in.”

She added: “On top of that, the push-back mechanism swings the odds back in favour of the team.”

Meanwhile, during Tuesday night’s show, Jenny came face-to-face with a contestant who went against her on The Chase.

Claire revealed she won her round against Jenny.

The Final Chase is actually marginally in the team’s favour.

She said: “I won my individual round despite the fact that after a £5,000 cashbuilder she said I’d come to the limit of my capabilities.

“But I’ve come back because I forgive you Jenny, I’m going to give you another go.”

Jenny replied: “Well you didn’t take any money home so I think my analysis was correct then.”

Claire added: “You know, I thought she’d softened a bit.”

Read more: Beat the Chasers: Paul Sinha missed by fans as they question where he is

Beat the Chasers continues on ITV, tonight, at 9pm.

Do you enjoy watching Beat the Chasers? Leave us a comment on our Facebook page @EntertainmentDailyFix and let us know.