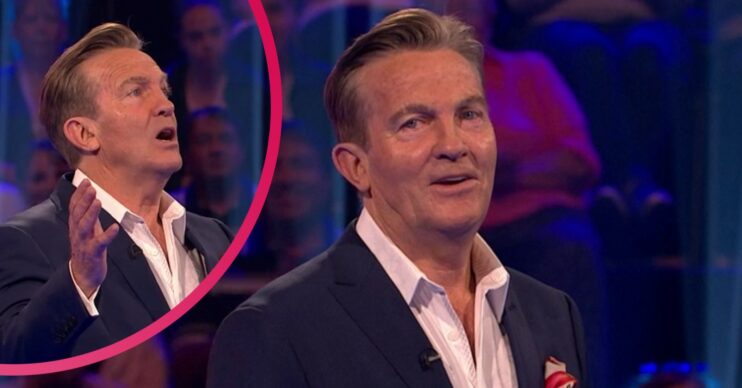 What do you make of his new look?

But many viewers yesterday evening (Saturday September 11) admitted to being distracted by Bradders’ appearance.

Bradley Walsh on Beat the Chasers

It appears Bradley, 61, has had a very smart trim to give him more of a short back and sides than usual.

But he’s also had his hair at the front swept back, giving Bradley a very suave look.

Fans also reckon Bradley’s hair looks lighter than previously – with one person joking that could be due to the star sunning himself.

That person quipped on Twitter: “Can tell Brad’s been away, his hair has gone so light #BeatTheChasers.”

But adoring observers also gave his updated appearance a bit thumbs up, suggesting it makes him ‘even more’ irresistible.

One impressed onlooker tweeted, adding heart emojis to their post: “#BeatTheChasers Bradley gets more sexier every time I see him!”

And another heart emoji user agreed: “Bradley’s hair… I am in lust #BeatTheChasers.”

One person suggested the swish look knocked time off his age.

“He looks 10 years younger,” they claimed.

Read more: Is Beat the Chasers star Paul Sinha married? What did he do before he was famous?

Meanwhile, someone else tweeted that ‘smartening up’ up top was a bit more elevated than previously.

“His hair is looking a bit posh,” they concluded, again making use of heart emojis in their post.

However, someone else joked that Bradley was pinching his style from a family member.

The programme itself saw Paul Sinha rejoin the ranks of the Chasers after missing out on the previous series due to illness.

– Beat the Chasers next airs on ITV on Saturday 18 September at 8.30pm.