Fans of Treasure Island with Bear Grylls were left horrified after a contestant drank his own urine after being on the island for a matter of hours.

The Channel 4 show, which sees 12 marooned people on the hunt for the hidden £100,000, got off to a tough start when the castaways were only given enough water to last them 24 hours.

With that in mind, moments after the survival series kicked off, double glazing salesman Ben guzzled a bottle filled with his own wee. 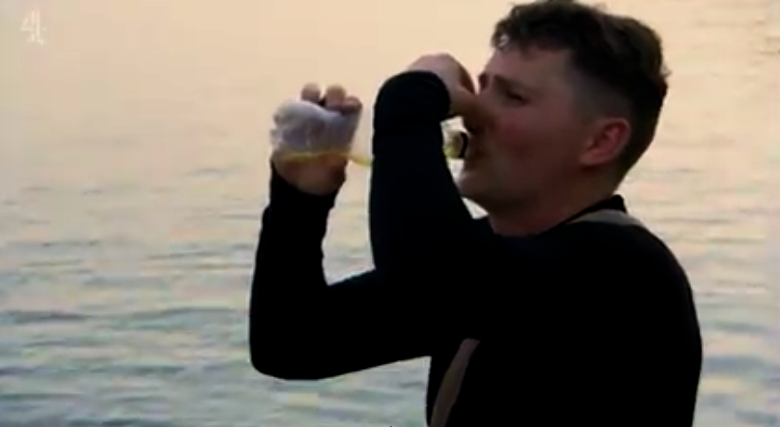 Viewers were left horrified when Ben drank his own urine (Credit: Channel 4)

"Why are you drinking your own wee again?" waitress Ruby quizzed.

"Because in this environment the faster we adapt the better chance we've got of surviving," the 27-year-old replied.

Determined to keep a positive outlook, a cheery Ben added: "It actually tastes quite nice, like apple juice." 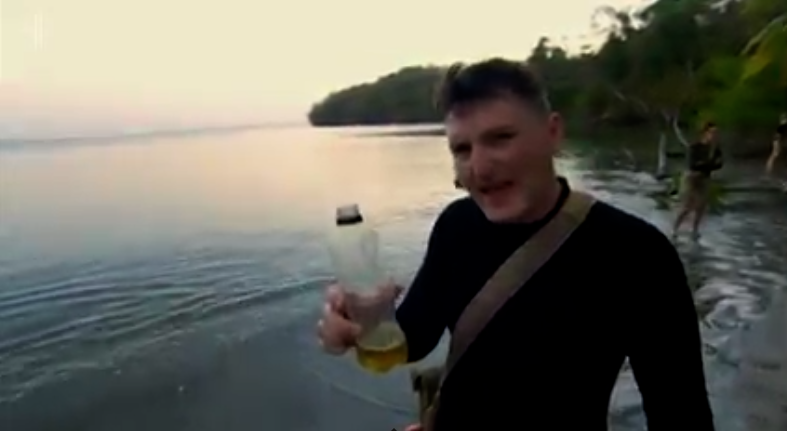 The castaways were only given a 24 hour supply of water (Credit: Channel 4)

But the scenes left viewers at home horrified, with one tweeting: "WAIT. So they have water available and this guy is drinking his own pee already... you just know he's done that before."

"Too soon, buddy. Too soon," wrote a second.

Sorry, but there is no way on earth I could drink me own wee. I'd rather drink sea water.

"Sorry, but there is no way on earth I could drink me own wee. I'd rather drink sea water," added another. 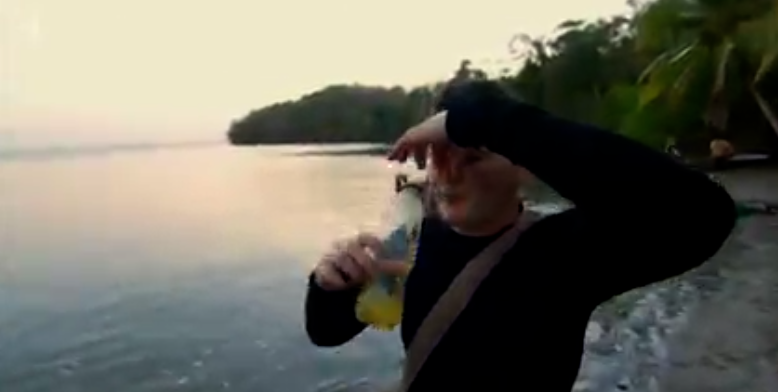 Viewers said it was "too soon" to see a contestant drink their own urine (Credit: Channel 4)

The 55-year-old left viewers equally shocked when he and marine Marco, 30, stumbled across a box containing £15,000 and decided to keep it from their co-stars.

A fourth outraged viewer tweeted: "Says a lot about humanity that they're more hungry for the money than food, water and fire... and when they do find the money they don't share it."