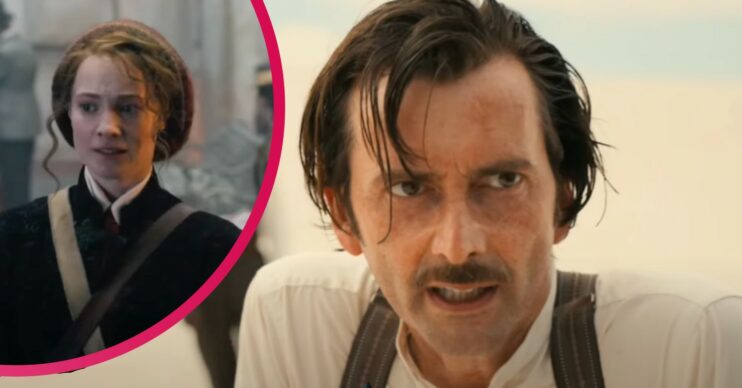 BBC viewers have slammed the broadcaster’s take on Around the World in 80 days after it debuted on Boxing Day.

The eight-part adaption, which stars David Tennant, is being branded as ‘woke nonsense’ by many viewers.

What is the BBC’s Around the World in 80 Days about?

Around the World in 80 Days is based on the Jules Verne novel of the same name from 1872. It follows the story of the fictional adventurer Phileas Fogg as he attempts to travel around the world in 80 days to win a £20,000 bet.

Read more: How did MasterChef: The Professionals’ Grace Dent become a food critic and how old is she?

Detective Fix, a detective from Scotland Yard has been transformed into an aspiring journalist called Abigail. Leonie Benesch plays the role, which in the book was originally a man.

What did BBC viewers say about the show?

Some fans then took to Twitter to voice their displeasure of the tweaks the BBC made to the show.

” More woke nonsense from the Beeb,” one viewer ranted. “The novel was set in 1873, as if Passepartout would have been black – go woke, go broke (nothing against black people btw, just can’t stand to see history being rewritten, even when it’s fiction),” one person tweeted.

“I really liked the first two episodes of #AroundTheWorldIn80Days and David Tennant is a national treasure. But it should read ‘original screenplays loosely based on characters and plotlines imagined by Jules Verne’ rather than ‘adapted from the novel’, shouldn’t it?” another said.

“What a total load of [bleep] was around the world in 80 days,” a third viewer wrote.

Other comments on Around the World in 80 days

Some viewers enjoyed the show, however, and didn’t allow any changes the BBC had made to affect their enjoyment.

“An adaptation of wonder, including the titles and the casting. We can’t understand the critics whose negative reviews nearly put us off,” one user wrote.

Others liked the fact that the character of Abigail ‘Fix’ was a nod to Nellie Bly. Bly was a real-life journalist who, inspired by Verne’s novel, actually traveled the globe in 80 days on an assignment for the newspaper she worked for.

David Tennant, 50, previously criticised the character of Phileas Fogg in an interview with the Radio Times.

“In many ways, Phileas Fogg represents everything that’s alarming and peculiar about that old sense of British Empire,” the actor said.

“Potentially, it’s a story about an England that should elicit very little sympathy.”

Around the World in 80 Days is available on BBC iPlayer.

What did you think of the BBC’s 2021 adaption of Around the World in 80 Days? Leave us a comment on our Facebook page @EntertainmentDailyFix and let us know.

Around the World in 80 Days BBC David Tennant