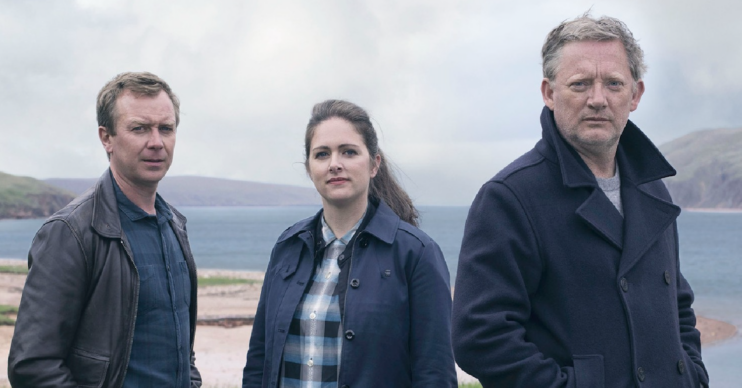 BBC unveils first look at Shetland series six – what’s it about and when’s it on?

Not long to wait!

The BBC has unveiled the first-look at season six of Shetland.

The crime drama is set on the beautiful islands north of Scotland and stars Douglas Henshall as DI Jimmy Perez.

And now, after a Covid-hit production, the Ann Cleeves-created drama is finally ready to drop.

What is Shetland on BBC One all about?

The series tells the story of widower DI Jimmy Perez, the local copper on the beat in the Shetland Islands.

He’s bringing up his teenage step-daughter Cassie along with her biological father, Duncan (Mark Bonnar).

Read more: In Plain Sight on ITV1: How old is Douglas Henshall, who is his famous wife and what has he starred in before?

With all the family drama, there are also crimes to solve on the islands.

And thankfully, Jimmy has a crack team to help him – including Alison ‘Tosh’ McIntosh (Alison O’Donnell) and Sandy Wilson (Steven Robertson).

Watching over them is Jimmy’s boss, Rhona, played by Julie Graham.

What will series six be about and when is it on?

The BBC says that all the main cast are back for this new, six-part series.

Furthermore, the new series tells the story of the murder of a prominent local figure, a case that strikes at the heart of the Shetland Isles and its people.

As Perez and his team uncover a kaleidoscope of motives for the murder, their investigation soon takes a shockingly sinister turn.

The BBC says it will kick off this autumn, which means very soon indeed.

“Wonderful to be back”

Series six was supposed to begin in 2020, but the Covid pandemic – like for so many shows – put paid to that.

It’s also been commissioned for a seventh series.

On its return, Douglas said: “After all we’ve been through over the last couple of years, it’s wonderful to be back filming on Shetland again.

“Davy Kane has, once again, created stunning storylines in these two new series for Perez and the team to uncover the truth. Being back on the Shetland Isles has been wonderful.