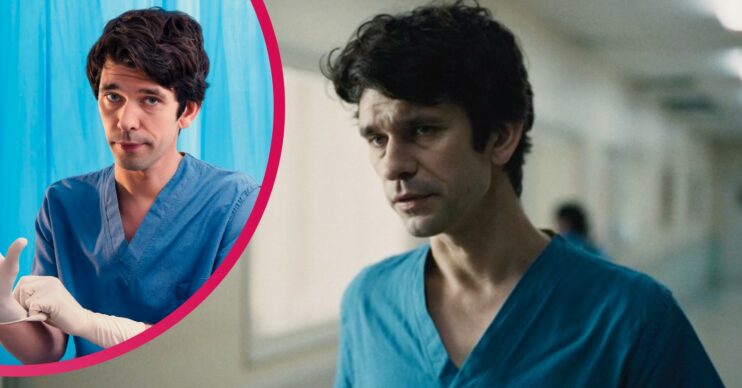 It looks like the BBC has another hit on its hands!

This Is Going to Hurt premiered on BBC One last night (Tuesday, February 8) and viewers were very, very impressed with what they saw.

In fact, some viewers went so far as to brand the drama ‘the best series on TV in a long time’! Very high praise indeed.

What is This Is Going to Hurt on BBC about?

This Is Going to Hurt is a new seven-part comedy-drama on BBC One starring Ben Whishaw (Q in the Bond movies).

The book consists mainly of diary entries Kay wrote during his medical training with the NHS. It was met with widespread praise when it was released and won several awards.

Read more: This Is Going to Hurt review: What the critics are saying about the new BBC One comedy drama

Kay has adapted his memoirs into a comedy-drama series for the BBC, with Whishaw playing Kay himself. Ambika Mod, Harriet Walter, and Alex Jennings are also in the series.

The first episode of the series aired last night, and viewers were introduced to Adam and his life as a junior doctor for the NHS.

Viewers were gripped immediately, and plenty headed to Twitter to sing the new show’s praises.

What did viewers say about This Is Going to Hurt?

It’s safe to say that viewers liked what they saw from the first episode of This Is Going to Hurt!

“#ThisIsGoingToHurt maybe the best thing I’ve seen on TV in the last 12 months,” one viewer said.

“Best show of the year really shows the emotions of the job well,” another said.

“What a fantastic show! Definitely the best TV in a long time. Drama. Humour. So obviously brilliantly written by a real doctor. Ben Whishaw perfect casting. Tempted to watch the entire series now but so good that I’m going to save this as a weekly treat,” another tweeted.

What else have viewers said about the show?

The praising of This Is Going to Hurt didn’t end there, though!

“#ThisIsGoingToHurt is the best new TV show I’ve seen in years. Writing, direction, music, acting, comedy, drama. It was perfect. Please do watch it,” someone else said.

“That was special. Looking like it could be one of the years best series,” another wrote.

There was plenty of praise for Whishaw’s performance too.

Read more: This Is Going to Hurt on BBC One: Who is in the cast of the comedy drama series?

“It’s [the show] bloody good (no pun intended) and I’m only on ep1. Ben Whishaw is superb, one of our finest actors, everything he does is top-notch,” one said.

However, not everyone was a fan of the new show.

“#ThisIsGoingToHurt God this is boring,” another said.

This Is Going to Hurt continues Tuesday, February 15 at 9pm. The whole series is also available to watch on BBC iPlayer now.

What did you think of This Is Going to Hurt? Leave us a comment on our Facebook page @EntertainmentDailyFix and let us know!

BBC Ben Whishaw This Is Going To Hurt