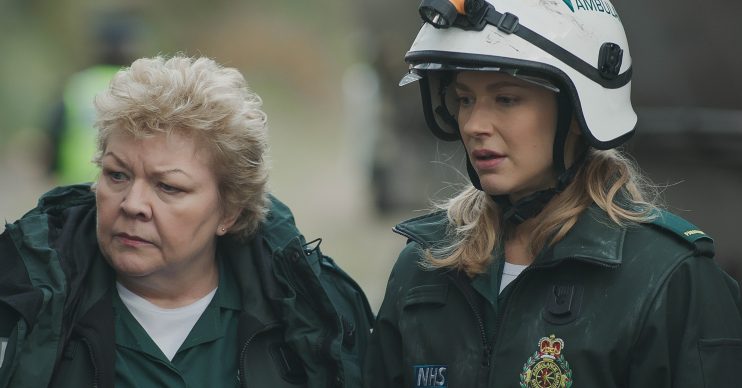 The episode was axed earlier this month

The BBC has responded to complaints over an ‘inappropriate’ Casualty episode that was axed.

On Saturday, May 2, fans of the BBC medical drama were expecting to watch a gripping episode culminating in a showdown between Ethan and Will.

Instead a catch-up of the important storyline information was played. This was followed by the episode which was due to air the following Saturday (May 9).

But many fans were not happy and issued complaints to the BBC over the missing episode.

The BBC has now responded to the complaints.

The statement says: “We received complaints from some viewers who felt the scheduled episode of Casualty should have broadcast.

“After much careful consideration, we decided not to air the scheduled episode of Casualty on 2nd May. It was written and filmed last year before the spread of COVID-19 and contained some content which we felt wouldn’t be appropriate to broadcast at this time.

“To avoid any gaps in the storyline we broadcast a shirt recap of the episode’s relevant dramatic information to update fans on the main things they’d need to know as we skipped forward to the next episode.”

During the catch-up, parts of  the ‘inappropriate’ episode were shown. Glimpses showed character dressed in full protective gear, suggesting an epidemic style storyline.

When will Casualty resume filming?

It hasn’t been announced when Casualty and Holby City will resume filming. However the BBC recently confirmed that EastEnders will return to filming at the end of June.

In the last few days, the BBC also confirmed that Holby City will return to screens Thursday, June 2 after being off air since mid-April.

Meanwhile, the next episode of Casualty will air this Saturday (May 23) at 8.40pm on BBC One.