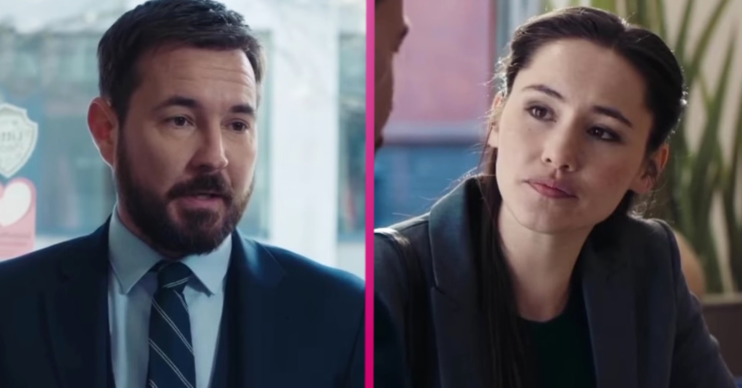 Martin Compston has dropped a new BBC Line of Duty spoiler and it appears to spell the end of DI Steve Arnott’s time at AC-12.

In a new clip released ahead of the series launch on Sunday (March 21), Arnott meets up with on/off girlfriend Nicola Rogerson, who works for the major violent crime unit.

In the new Line of Duty teaser clip, it appears Steve is on the hunt for a new job.

So could it spell the end of his time in the anti-corruption unit?

What does Steve say in the BBC Line of Duty spoiler?

In the clip posted to Instagram by Martin, Steve is seen meeting Nicola in a cafe.

He replies: “Strictly off the record, I’ve reached the end of the line in anti-corruption.”

He continues: “There’s no disrespect to the gaffer. I’ve stuck it out but I’m bored mate. I’m ready for a new challenge.”

She replies: “Well, we can always use good people.”

He responds: “Cheers, I appreciate it.”

Could AC-12 be losing one of our own?! C’mon son, AC-12 is the best, the very best!#LineOfDuty series 6 starts Sunday 21st March at 9pm on @BBCOne pic.twitter.com/YcZ1zt5BnE

Fans responded to the clip, with many admitting they think Steve is “telling porkies” and is actually undercover.

“Must be an undercover job,” said one.

“He’s playing her,” said another.

“It’s a swerve,” declared another.

The new series of Line of Duty starts on BBC One Sunday (March 21) at 9pm.