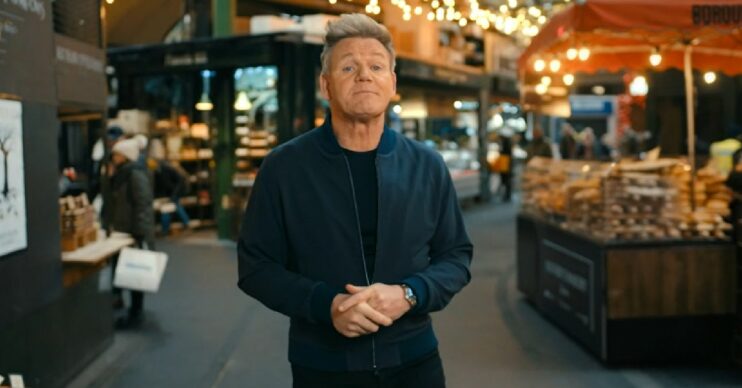 Many have accused the show of being a “carbon copy” of another hit BBC show – The Apprentice!

What is Gordon Ramsay’s new show about?

Gordon Ramsay’s Future Food Stars will see 12 entrepreneurs go up against each other for the chance to win a massive £150,000.

Gordon, who is on the hunt for the UK’s most exciting new foods and drinks business to invest in, will be putting the contestants through a number of challenges.

The challenges have been designed so as to test every contender to their limit. They’ll need to show Gordon that they have the passion and determination to survive and continue their journey.

Once there, they had to do cliff diving before running food shacks on the beach. At the end of the show, one contestant went home.

Many of those watching the new show last night had a very similar complaint to make, however.

They accused Future Food Stars of just being a food-related version of The Apprentice! Plenty took to Twitter to make this complaint.

“Having shamelessly copied the format of The Apprentice, it would have been epic if Ramsay had binned the candidate on the losing team by saying ‘You’re Fried’,” one viewer tweeted.

“Gordon Ramsay’s new show is The Apprentice meets Hell’s Kitchen meets SAS: Who Dares Wins, meets Dragons’ Den meets Can’t Cook Won’t Cook! Not sure what to make of it tbh,” another said.

“#FutureFoodStars is the cooking #apprentice with a bit of #australianmasterchef thrown in. Biggest laugh was #GordonRamsay plugging the next series…. God loves a tryer,” a third laughed.

“It’s The Apprentice for food #FutureFoodStars,” another wrote.

What else was said about Future Food Stars?

However, some viewers really enjoyed it!

Read more: The One Show: Gordon Ramsay swears as BBC forced to apologise

“I actually really enjoyed that! A cross between SAS: Who Dares Wins, MasterChef (similar to Australian team challenges) and The Apprentice – totally random but watchable!” another said.

“Enjoyed that much more than The Apprentice,” a third said.

What did you think of Future Food Stars? Leave us a comment on our Facebook page @EntertainmentDailyFix and let us know