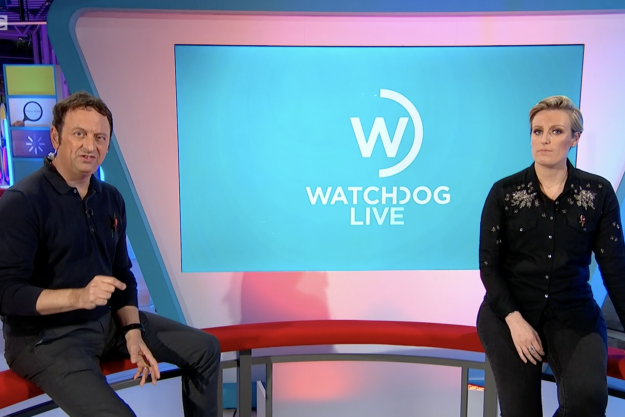 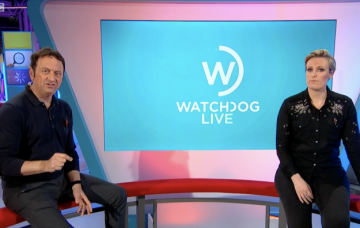 BBC fans were left gagging with repulsion this week, when Watchdog revealed the shocking results of an investigation into pub hygiene.

Hosts Matt Allwright, Nikki Fox and Steph McGovern told horrified viewers that pubs have been serving customers ice and soda water contaminated with faecal bacteria – that’s poo to you and me.

And they found that bacteria levels were present in every chain that was visited. In some cases, the amount of bacteria was “too high to count”.

A total of 50 visits were made to 10 branches of chains including JD Wetherspoon, Harvester, Slug and Lettuce, Hungry Horse and Marstons’ Two for One.

Tony Lewis, from the Chartered Institute of Environmental Health, explained that this overload of bacteria could make a customer very ill.

Watchdog Live presenter Nikki told us: “These results are really disappointing. I don’t think most people would expect this type of bacteria to be present in things we’re actually consuming – and certainly not in some of the biggest names in the business.

“What we’ve found suggests that the procedures all these chains have in place aren’t always being followed at a local level.”

When contacted by Watchdog Live, a representative for JD Wetherspoon said it took “on board the finding of the report”, while Harvester said cleanliness was of “critical importance”.

All the pubs investigated swore to look into the matter.

But it may well be too late for some TV viewers, who were sickened by the findings.

One said: “Seeing theres poo in ice… no ice thanks… ever!”

I literally cannot believe what I saw on #watchdog I am never having ice when out again! Ever!

Am I the only one going off ice in my G and T while watching Watchdog? #faecalcoliformhell #watchdoglive

Seeing theres poo in ice… no ice thanks… ever! #watchdog pic.twitter.com/xllUtmk8h6

Just watched a report on #Watchdog. That's the last time I have ice in a drink at the pub 🤢

Once again tv watchdog highlighting bacteria in ice.. So worrying.. When they say ice.. Just say no!!! 8 out of 10 samples on one pub chain of high level bacteria in drinks with ICE???

Another blasted: “I literally cannot believe what I saw on #watchdog I am never having ice when out again! Ever!”

A third added: “Absolutely disgusting I’m not getting ice in my drinks no more me just seen on watchdog most pubs contain so much bacteria in their ice even including faeces wow.”

Has this report put you off drinking in pubs? Leave us a comment on our Facebook page @EntertainmentDailyFix and let us know what you think!