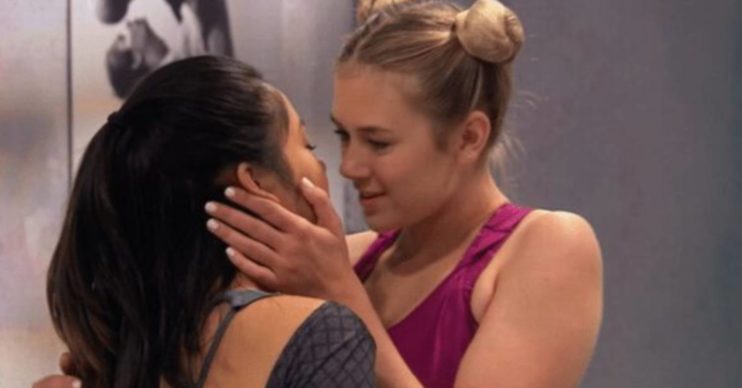 The BBC has defended itself following complaints about airing a teenage same-sex kiss in a CBBC show.

According to reports, ‘over 100’ viewers objected to a scene in which two characters share a kiss following a dance.

It was portrayed in an episode of Canadian kids’ TV show The Next Step.

It aired on the BBC in the UK last month.

Read more: Meghan Markle’s dad: ‘Thomas Markle has given up hope of reuniting’

Characters Jude and Cleo are shown having the romantic moment after realising their friendship may be something more.

The BBC confirmed online that complaints had been received about the storyline.

This is an important part of our mission.

And Metro claims the number of objections from viewers could be over one hundred.

The Beeb went on to stress the importance of ensuring young viewers ‘feel like they belong’.

Read more: Coronavirus lockdown latest: ‘Over 50s may be required to stay home to prevent another lockdown’

A statement said the decision to include the moment “was taken very carefully and with much consideration.”

It also noted it was part of a longer storyline throughout the series which has been tracking the development of a romantic relationship between Jude and Cleo.

The moment came about after acknowledging the series “could and should do more” to reflect LGBTQ+ young lives.

“This is an important part of our mission to make sure that every child feels like they belong, that they are safe, and that they can be who they want to be,” it added.

The statement went on to add the BBC believe the storyline wasn’t “inappropriate for the audience age”.

It read: “We believe that the storyline, and the kiss, was handled with sensitivity and without sensationalism, following as it did the portrayal of Jude and Cleo’s developing relationship. And I’m afraid we do not agree that it was inappropriate for the audience age.

“CBBC regularly portrays heterosexual young people dating, falling in love, and kissing. And it is an important way of showing children what respectful, kind and loving relationships look like.”

The BBC also noted The Next Step isn’t the first show to air a same-sex kiss.

It explained: “At Children’s BBC, we are proud to reflect all areas of children’s lives across our factual and fictional output.

“Same-sex relationships have already featured in other CBBC shows such as Jamie Johnson, 4 O Clock Club, Dixie and Marrying Mum and Dad, and the first same-sex kiss on CBBC was in fact in Byker Grove, many years ago.

“This moment in The Next Step is merely one story among a myriad of voices and experiences across our output.”