BBC dad Robert Kelly gave an interview to the Beeb about coronavirus this morning (March 26).

The Professor of Political Science, who lives in South Korea with his wife Jung-a Kim and their two children, was speaking to the Beeb via video link with his family sat next to him.

As he tried to open up about how coronavirus had impacted life in South Korea, his daughter Marion and son James once again hilariously hijacked his interview. 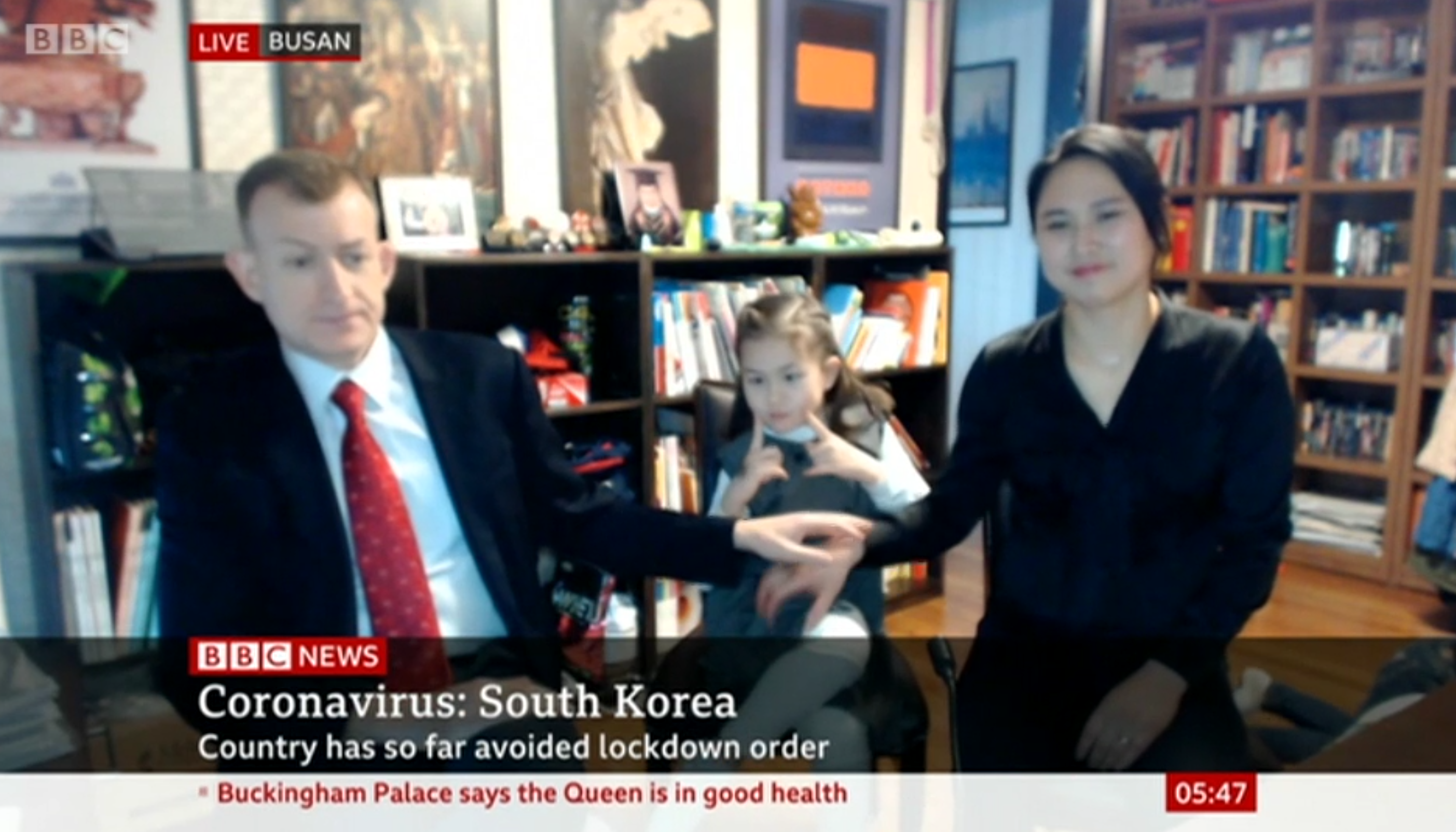 Robert Kelly's latest interview was once again hijacked by his kids (Credit: BBC)

Commenting on some of the more extreme measures the South Korean government had introduced to contain coronavirus, Robert said: "I think South Koreans have dealt with it really well."

He added: "Compliance here has been pretty high and you don't see some of the stuff that you see in the United States; people on he beach and people refusing to stay off the Subway.

READ MORE: How to treat coronavirus at home

"South Koreans have responded really well and that's why cases are down now to 100 a day so it's actually been pretty successful."

At that point, James, two, decided to make an escape from his mum's lap and march out of the room. 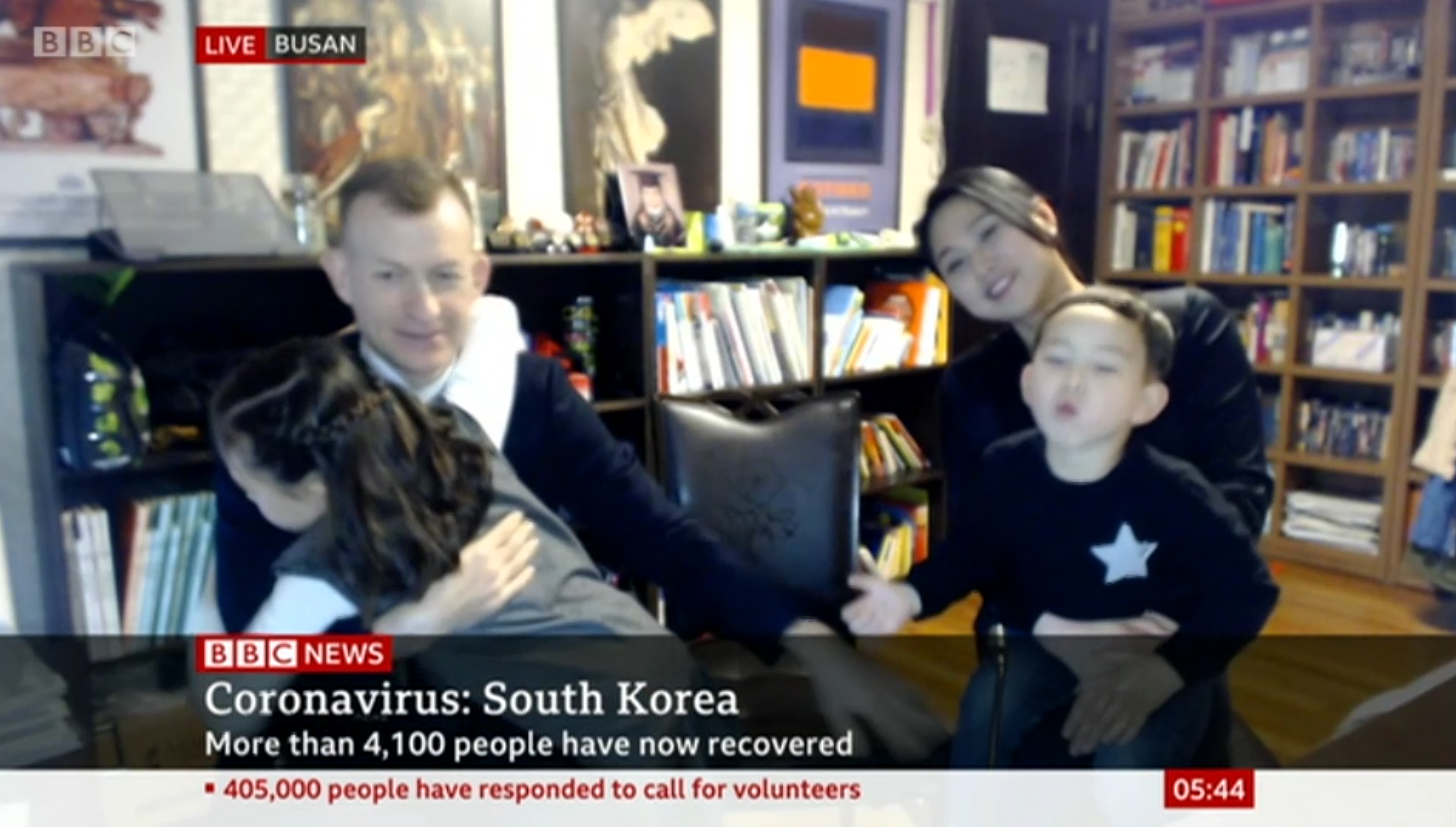 BBC dad Robert Kelly has been working from home during the coronavirus pandemic (Credit: BBC)

The sassy tot then tried to grab her dad's camera before talking over him and reaching for a cuddle.

At that point, Robert apologised for his children's behaviour.

"Sorry, my kids. are,"  he said but was reassured by the BBC host that he shouldn't apologise.

Opening up about working from home with young children, Robert added: "It's tough for us. As you can see, it's very difficult.

"Employers who have employees with kids this age; they're fighting all the time, they've got nothing to do, they're climbing the walls, it's just really really tough.

"That's why I'm glad they're softening the rules a little bit so at least we can take them outside so they can use a little bit of energy – but three weeks ago it was very difficult because we couldn't go anywhere.

"There are only so many games you can play and puzzles you can do before they start running around!"

Following the interview, the BBC host told James he was glad that "Marion and James haven't lost any of their naughtiness".

Robert and his family currently reside in Busan.

In South Korea, there have been more than 9,2000 confirmed cases of coronavirus and 131 deaths.