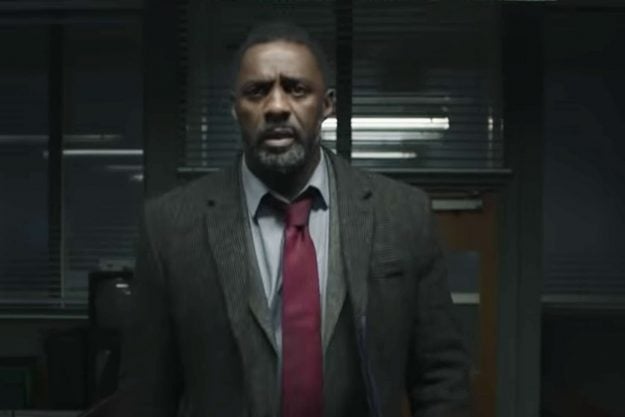 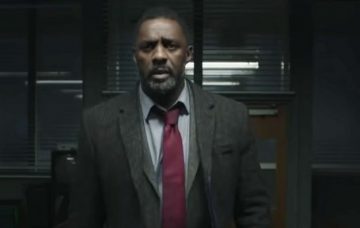 No... We don't JUST watch it for Idris Elba!

This Christmas, Idris Elba’s crime drama Luther is coming back for a fifth series – and the BBC have just given fans the best gift of all.

Well, no, not Idris Elba wrapped up naked in a big red bow. Sorry, not that.

But the next best thing… The return of central character Alice Morgan!

Previous teaser trailers have shown us that maverick detective Luther will be returning in a dark new plot, surrounding the disappearance of gangster George’s son.

A disturbing and violent trailer told us so earlier this month…

Now, as the start date nears, the Beeb have released another trailer, this time confirming the return of Alice and also giving us more detail about the action-packed series.

Ruth Wilson will be making a shocking comeback as Alice, the super-intelligent and seriously sexy psychopath who formed a twisted romance with Luther before mysteriously disappearing.

Previously believed to be dead, the BBC have dropped a massive spoiler by showing her face at the end of the exciting new trailer.

Sharing the new film on the official Luther Twitter page, the post told its 44,000 followers: “It’s time to play dirty… An exclusive look at the brand-new series of #Luther, coming soon to @BBCOne. (You’ll want to watch to the very end).”

After one minute, 34 seconds of action and drama – and frankly a very creepy hooded villain crawling across the top floor of a bus – fans were rewarded with a brief glimpse of Alice.

Another added: “As hot as @idriselba is, we’re all only here for the Goddess who is Alice…..#wearenotworthy #girlcrush.”

This time around, there’ll be four episodes instead of two like the last series.

Will you be tuning into Luther? Leave us a comment on our Facebook page @EntertainmentDailyFix and let us know what you think!