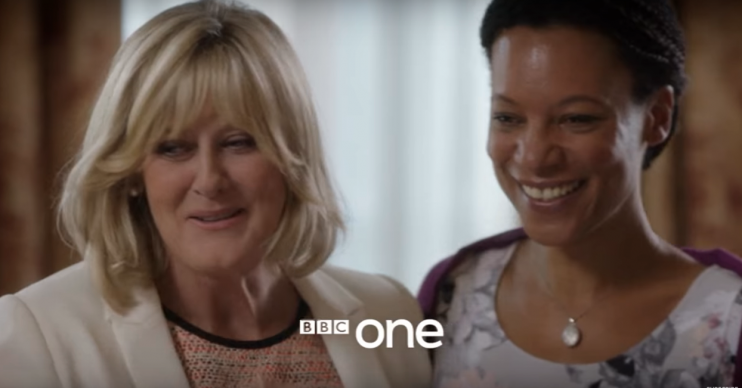 Last Tango In Halifax is getting a four-part series in 2020. The BBC comedy-drama series stars Sir Derek Jacobi and Anne Reid as Alan and Celia, a pair of childhood sweethearts who are now in their 70s, and fall in love after reuniting through Facebook. Read More: FIRST LOOK: Next week’s EastEnders in 10 pictures […]

Last Tango In Halifax is getting a four-part series in 2020.

The BBC comedy-drama series stars Sir Derek Jacobi and Anne Reid as Alan and Celia, a pair of childhood sweethearts who are now in their 70s, and fall in love after reuniting through Facebook.

And after the show – which was created by Sally Wainwright – was last seen on screens for a two-episode Christmas special back in 2016, it is now set to make a reappearance for four more episodes, which will air in 2020.

The news was broken by Radio Times after BBC Director of Content Charlotte Moore confirmed the new series, which is yet to have a firm release date.

The new episodes come after Derek Jacobi previously threw cold water over rumours of another series, as he claimed Sally Wainwright was too busy writing other shows, such as Happy Valley and new series Gentleman Jack.

He previously told Radio Times: “She’s writing so many things. She’s a wonderful writer, but she’s got so much work that Tango is finished. It’s very sad, we all loved it.”

But even at the time, the BBC kept the flame alive by responding to Derek’s claims and saying: “Sally is presently engaged with another BBC project, but has every intention of revisiting Last Tango when she is able to.”

And earlier this month, Sally herself teased more episodes of the show at the premiere of Gentleman Jack, although at the time the news had not been “officially announced”.

She said: “It’s not been officially announced that we’re doing any more Last Tango – but I’m writing the third episode at the moment.”

A supporting cast was made up of Nina Sosanya, Tony Gardner, Ronni Ancona, Dean Andrews, Sacha Dhawan, and Josh Bolt.

As of the time of writing, it’s not know which members of the cast will be returning for the new episodes.