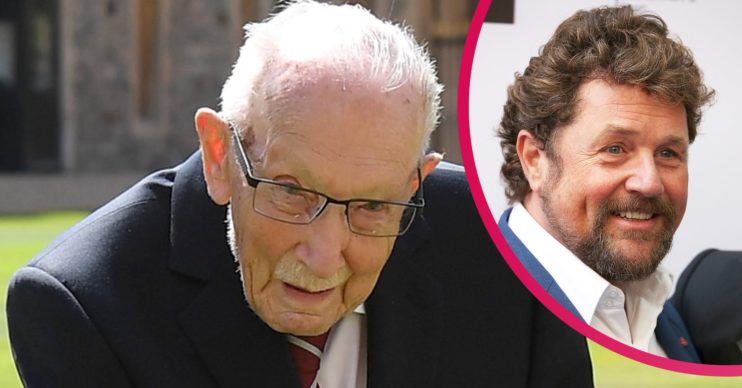 BBC Captain Tom special: What time is We Salute You on TV?

It's hosted by presenter Michael Ball

The fundraising hero, 100, died this week with his family around him, after going into hospital for help with his breathing.

What time is Captain Sir Tom: We Salute You on, and where can you watch it? Read on to find out.

What time is the Tom Moore special on?

It will air straight after The One Show and be on screens for half an hour, followed by a new episode of The Repair Shop.

Where can I watch Captain Sir Tom: We Salute You?

The programme will be on BBC One.

Read more: Captain Sir Tom Moore: People ‘all over the world’ vow to ‘continue the legacy’ as donations pour in

It’s on at the same time as Coronation Street, which means fans of the ITV soap who want to watch will either have to get Corrie on catch-up or watch the Captain Tom special later.

Luckily, the BBC News special will be available on iPlayer soon after airing.

What is the Captain Tom special about?

Actor and presenter Michael Ball will host the programme, which is a repeat and tells the incredible story of Sir Tom’s life, from the Second World War to him becoming a hero of the coronavirus lockdown.

The BBC’s description reads: “Captain Tom Moore had a simple idea. Raise £1,000 for NHS Charities to mark his 100th Birthday.

“Four weeks later he’d raised more than £32million, had a No. 1 record and become a global sensation.

“BBC Breakfast had unrivalled access and this special programme, presented by Michael Ball, documents the story of the World War Two veteran that Prince William called ‘a one-man fundraising machine’.”

The family of Captain Tom, who raised over £32million for the NHS by walking the length of his garden to mark his 100th birthday last year, confirmed the news of his death in a tweet on Tuesday.

This special programme, presented by Michael Ball, documents the story of the World War Two veteran.

They had previously revealed that he was in hospital, telling followers: “I wanted to update everybody that today (Sunday, January 31) my father was admitted to hospital.

“Over the last few weeks, he was being treated for pneumonia and last week tested positive for COVID-19.”

Now, there are calls for Brits to pay tribute to Sir Tom by clapping in his memory on Wednesday (February 3) evening.

The nation is encouraged to clap for the fundraising legend at 6pm in what Prime Minister Boris Johnson said, in the House of Commons, would “show our appreciation for him and all that he stood for and believed in”.

The PM also said the clap would be for “all those health workers for whom he raised money”.

Will you be watching the BBC Captain Tom special? Leave us a comment on our Facebook page @EntertainmentDailyFix and let us know.