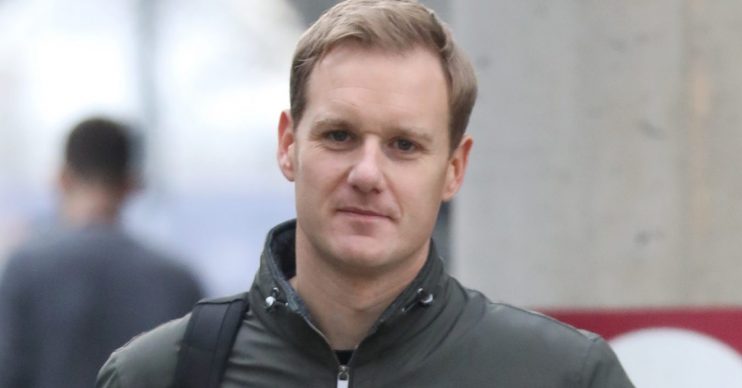 Presenter and BBC Breakfast host Dan Walker was forced to hit back at an internet troll who suggested he was having sex with one of his co-stars.

Earlier today (Wednesday, March 11), someone tweeted to Dan asking if he was “bending one” with “that bird” on the programme.

Furious, Dan tweeted back: “‘That bird’ is my friend @sallynugent and she is happily married. What a pathetic thing to tweet. 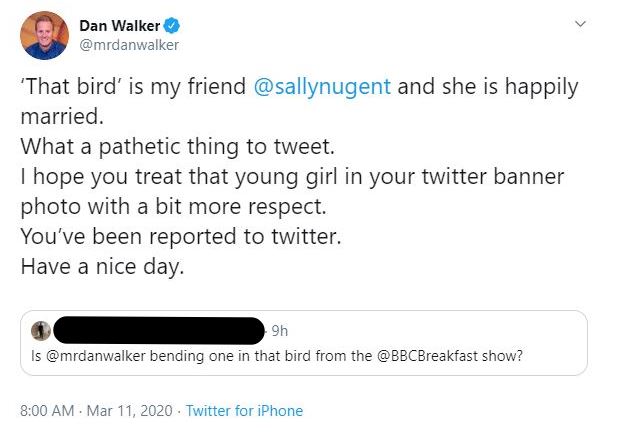 “I hope you treat that young girl in your Twitter banner photo with a bit more respect. You’ve been reported to Twitter. Have a nice day.”

In a subsequent post, Dan called out the hypocrisy of the troll’s behaviour on the micro-blogging site by pulling up an earlier tweet the user posted.

In it, he had written about the importance of “always being nice to people” in the wake of Love Island star Caroline Flack taking her own life. 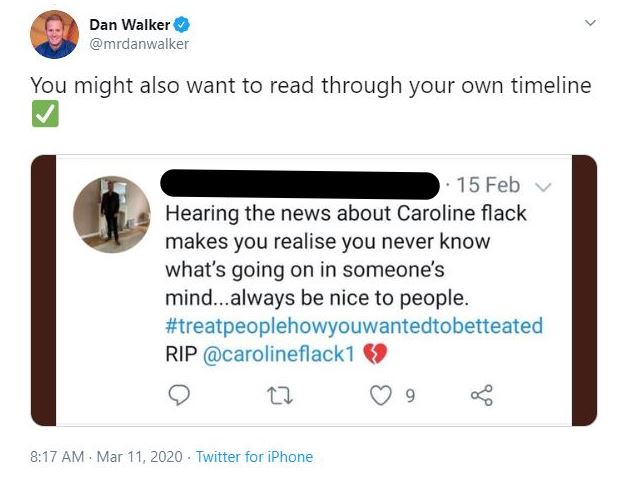 Sharing a snap of the tweet, Dan said simply: “You might also want to read through your own timeline.”

After the exchange, Dan’s followers rushed to throw their support behind him.

One said: “What an obnoxious individual, hope he gets blocked. Sally is such a lovely person and so are you, Dan.”

Another tweeted: “Well said, Dan, and apologies from my half of the human race, Sally.”

A third wrote: “Good on yer, Dan. Our @sallynugent is one of the best. Aside from that, she has fantastic posture – very envious.”

Good on yer Dan. Our @sallynugent is one of the best. Aside from that, she has fantastic posture – very envious 🤪

“Dan do you not understand how twitter works?” asked one. “What he said was hardly offensive.”

“Reported to Twitter?!” exclaimed another. “For that?! Maybe come off social media if stuff like that gets to you.”

Dan do you not understand how twitter works? What he said was hardly offensive.

Reported to Twitter?!! For that?!! Maybe come off social media is stuff like that gets to you

Dan’s no stranger to Twitter arguments, although in the past they have tended to involve his daytime TV rival Piers Morgan.

The pair have locked horns on Twitter on a number of occasions, as BBC Breakfast and Piers’ show, Good Morning Britain over on ITV, continue to vie for the bigger slice of the morning viewership.

Leave us a comment on our Facebook  page @EntertainmentDailyFix and let us know what you think of this story.