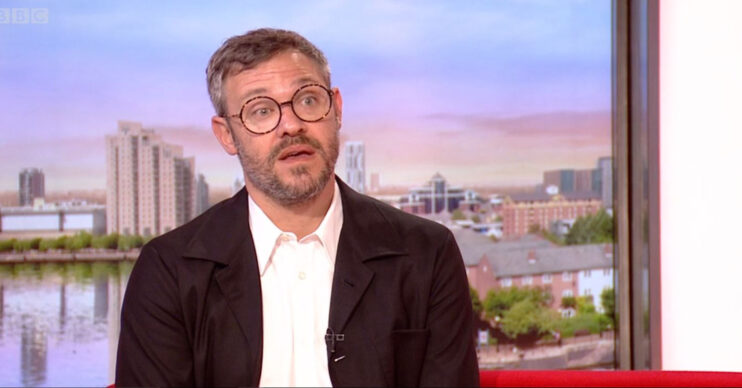 BBC Breakfast: Will Young divides viewers with his appearance

Will appeared on the show to discuss his album

Will Young left BBC Breakfast viewers stunned as he appeared on the programme today (August 12).

The singer and Pop Idol winner, 42, was on the show to discuss his new album, Crying on the Bathroom Floor.

However, it was Will’s look which distracted viewers watching and they shared their thoughts on Twitter.

What did BBC Breakfast viewers say about Will Young?

Many people weren’t keen on his beard as one person said: “My goodness Will Young…. Sorry mate your beard is awful!”

Read more: Strictly contestants 2021: Is BBC Breakfast host Dan Walker married? What is his net worth?

Another tweeted: “When did Will Young turn into hipster Tom Hollander?”

Meanwhile, another compared him to fashion expert Gok Wan writing: “@BBCBreakfast is it me or as Will Young started to morph into Gok Wan.”

However, others loved Will’s look on the show.

One gushed: “I think Will Young looks great. Love his salt and pepper hair and his glasses and beard.”

Another said: “Look at Will Young giving us that Jude law in The Holiday energy. HANDSOME.”

I think Will Young looks great. Love his salt and pepper hair and his glasses and beard.

A third added: “Absolutely digging Will Young’s massive round glasses.”

Meanwhile, during the chat, Will spoke about the axing of ITV talent show The X Factor.

He said: “I was very lucky Pop Idol was fairly naive actually and it was genuinely just a singing competition.

“I think it can be tricky when there’s more outside sources at play, manipulating people.

“We weren’t manipulated, we did just turn up and sing.”

He added: “I think it’s always good to have a bit of soul searching and maybe that’s what X Factor needs to do. I’m really proud of Pop Idol because I think things were done properly.”