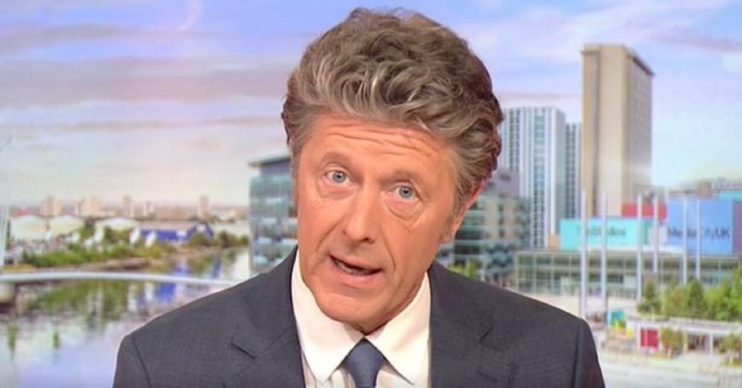 But perhaps the presenter just has a crystal ball...

Second World War veteran Tom, 99, has raised millions for NHS Charities Together by doing laps of his garden.

Amid an outpouring of praise from a raft of famous faces, including F1 driver Lewis Hamilton and boxing champ Anthony Joshua, many are calling for Captain Tom to be knighted.

And during this morning’s (Friday, April 17) episode of BBC Breakfast, host Charlie Stayt echoed what everyone else was thinking by already referring to the veteran as Sir Tom.

Charlie made the slip up, apparently without realising, as he chatted with Naga.

She said: “So unsurprisingly, I’ve never seen my social media feed so full of love, and it was all for Captain Tom Moore. The messages that have been flooding in from all over the world, as you can imagine.”

Charlie replied, as he introduced a message from the PM’s fiancee, Carrie Symonds: “The important thing here is… and Sir Tom said over and over again, didn’t he… about the number of people saying, ‘I’ll give something’.”

Another Twitter user, referring to a blunder Charlie made in 2014, said: “Better slip than when he said Prince William left the IRA!”

A nice Freudian slip there.

Better slip than when he said Prince William left the IRA!! 😂

Captain Moore originally set himself a target of completing 100 25m lengths of his family’s garden, at their home in Bedfordshire. It was to mark his 100th birthday, on April 30.

Reaching that goal on Thursday, he then vowed to carry on and continue raising money as long as people keep donating.

Half a million call for knighthood

Now, Brits have launched a petition on Change.org calling for him to be knighted. And the campaign has attracted well over half a million signatures.

Guess what….I’m still going to keep walking. Do you want to join me virtually? #walkwithtom #TomorrowWillBeAGoodDay

Writing on Change.org, a spokesperson for No.10 said: “Tom has captured the heart of the nation with his heroic efforts and raised an incredible amount of money for hard-working NHS staff.

“He has embodied the spirit of the whole country in doing their bit for the battle against coronavirus.

“From his military contributions to his support for NHS staff, Tom has demonstrated a lifetime of bravery and compassion. The PM will certainly be looking at ways to recognise Tom for his heroic efforts.”