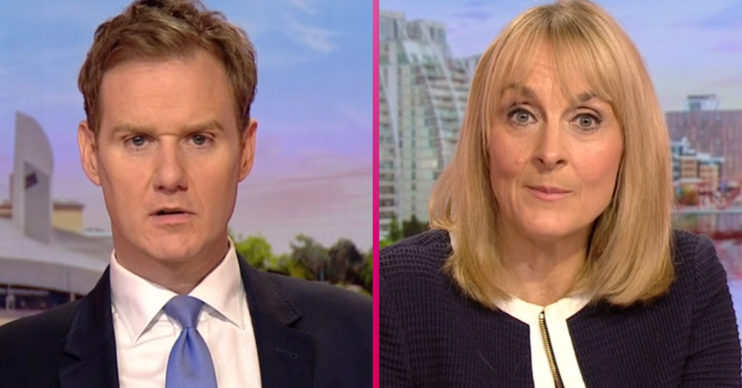 BBC Breakfast: Viewers ‘fed up’ of coverage about Meghan and Harry crisis

A few segments covered the latest news on the royals

Following their explosive interview with Oprah, the Duke and Duchess of Sussex have been the centre of discussion after making a string of bombshell claims and revelations.

However, it seems BBC viewers are getting “fed up” of coverage on the couple.

What did BBC Breakfast viewers say?

One person said on Twitter: “@BBCBreakfast Is anybody else fed up with all this Harry and Meghan stuff?”

Another wrote: “@BBCBreakfast Can you PLEEEASE get this Harry and Meghan [bleep] off our TV’s no one gives a…! Give us some decent news and current affairs.”

In response to a video on the crisis, a third tweeted: “Stop giving it air time!!”

A fourth added: “Is there nothing else going on in the world @BBCBreakfast. No more Harry and Meghan please.”

Ent Daily has contacted reps for BBC Breakfast for comment.

Meanwhile, Harry and Meghan’s interview – which first aired in the US on Sunday – made a series of claims and revelations.

The Duchess of Sussex spoke candidly about her mental health struggles, revealing she had been suicidal while pregnant with son Archie.

She told Oprah Winfrey: “I was ashamed to say it at the time and ashamed to have to admit it to Harry.

“But I knew that if I didn’t say it – then I would do it. I just didn’t want to be alive anymore.”

Meanwhile in the interview, Meghan claimed there were “concerns and conversations about how dark [Archie’s] skin might be when he was born” within the family.

She said: “In those months when I was pregnant, we had in tandem the conversations of him not being given security or a title.

“And also concerns about how dark his skin might be when he’s born.”

After the interview aired in America, Oprah confirmed the unnamed individual was not the Queen or Prince Philip.

Meanwhile, the Palace has released a statement saying it is taking the claims “very seriously”.