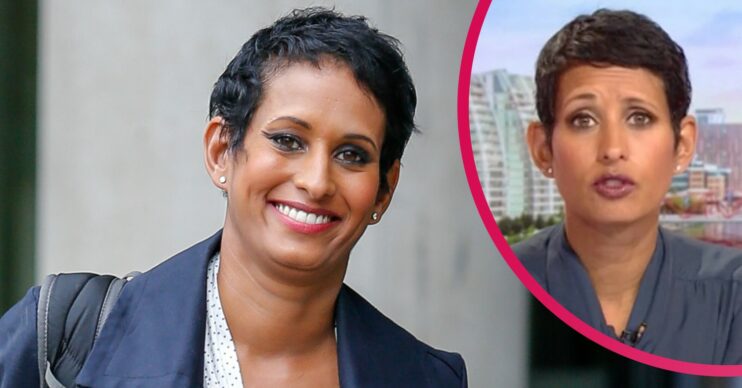 However, others feel Naga is the 'superior' host

Rachel was in the BBC Breakfast studio for the broadcast again today, seemingly filling in alongside Charlie Stayt.

Charlie and Naga usually anchor Breakfast between Thursday and Saturday. But Naga has not appeared on screen for the BBC One series over the last few days.

And it seems this suits those who criticise Naga’s every moment she’s on air on social media.

That’s because several anti-Naga viewers expressed their delight on Twitter as they compared Naga to Rachel.

Some viewers who clearly are not fans of Naga made their feelings clear after Rachel tweeted a peek behind-the-scenes.

While many fans responded to her tweet by answering her about their weekend or expressing their surprise at what presenters store out of sight of the cameras, others stuck the boot in to Naga.

“You’re so much better than @TVNaga01. More professional and not annoying,” one Twitter user wrote.

Someone else replied to them: “So agree.”

And elsewhere on Twitter, another viewer praised Rachel as they had a pop at Naga.

They claimed: “The vibes between Charlie and Rachel are much nicer than with Naga.”

However, not everyone watching at home took time out of their day to lambast Naga.

Someone else tweeted: “Prefer Naga to Rachel B who I find a bit irritating.”

It isn’t the only time in recent days that social media users have compared and contrasted the two presenters.

On Thursday (April 7), one person celebrated: “Hooray it’s Rachel and not Naga #BBCBreakfast.”

Hooray it’s Rachel and not Naga.

Someone else responded to them: “Couldn’t agree more! Can’t stand Naga. Rachel is so calm and professional. Hope she stays!”

Another person also recently echoed that remark, tweeting: “Can we hope that Rachel Burden is replacing Naga Munchetty on BBC Breakfast?”

Read more: Who is in the Coronation Street cast? Meet the full line-up for 2022

But again, not everyone concurred. Another viewer pleaded: “@BBCBreakfast please bring back Naga as she is far superior to Rachel in my opinion.”

BBC Breakfast airs on BBC One every day from 6am.