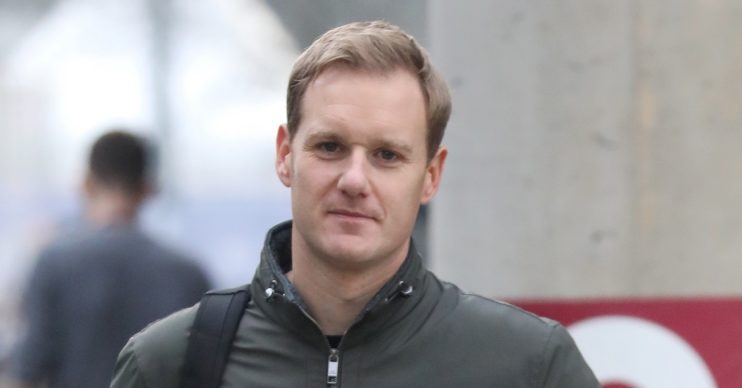 Dan Walker was left ‘red-faced’ after ex-BBC Breakfast host Stephanie McGovern responded to a Tweet he had sent out showing him with an arm around her.

Dan tweeted out an image, saying: “What an absolute treat to have @stephbreakfast back on the #BBCBreakfast sofa this morning and lovely to meet little mini McGovern too.”

The image showed Dan, 42, with his arm around Steph, and she soon responded by saying: “Love these guys #TVfamily.

Dan, in turn, replied, admitting: “Not sure what happened there Steph.

It was the emotion of it all.

“It was the emotion of it all.”

She also followed his Tweet with another cry-laughter emoji.

Read more: Steph McGovern hints at what her first Christmas as a mum was like

Steph, who gave birth to her first daughter last November, bowed out of BBC Breakfast and moved to Channel 4.

During her re-appearance on the sofa, she received a message from former co-presenter, Bill Turnbull, and was moved to tears.

Bill, 63, who is battling cancer, sent Steph a video message in which he wished her all the best in her new job.