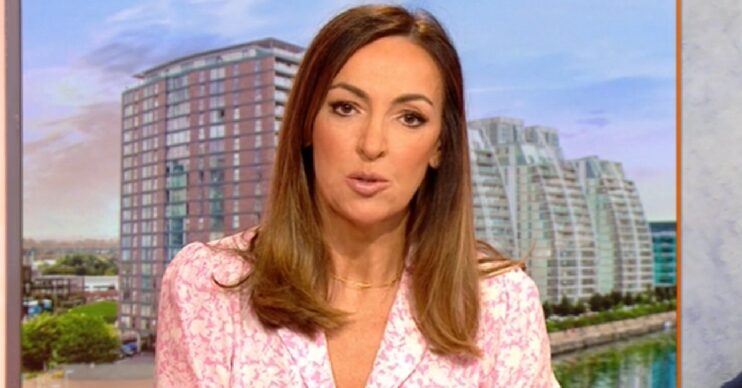 The presenter hosted Monday’s edition of the breakfast show with Dan Walker.

But it was her dress which caught the attention of viewers watching as some thought she had rocked up in her PJs!

What dress was Sally Nugent wearing on BBC Breakfast?

Sally was wearing a lovely pink floral dress today, which was perfect for spring.

Read more: BBC Breakfast presenters praised by fans as Dan Walker is replaced by a ‘much better’ host

As Sally hosted today’s show, the tweets rolled in about her dress.

Another wrote on Twitter: “Has Sally come to work in her PJs #BBCBreakfast?”

A third joked: “@BBCBreakfast did Sally miss her alarm this morning? She’s come to work in her pyjamas.”

However, another begged: “@BBCBreakfast Sally Nugent, where did you get that beautiful pink dress you’re wearing today?”

@BBCBreakfast Did Sally miss her alarm this morning? She’s come to work in her pyjamas. 🤣 pic.twitter.com/SKFwWGnTvU

Earlier this morning, Dan announced on his Twitter that he and Sally would be back together to host.

He tweeted: “Back on the sofa o’ dreams this morning with @sallynugent. Lots to talk about.

During the show, Dan opened up about dressing to impress at sporting events as he expressed his excitement for the 2022 Masters golfing tournament.

He explained he has bought a professional green golfing jacket, which Sally poked fun at.