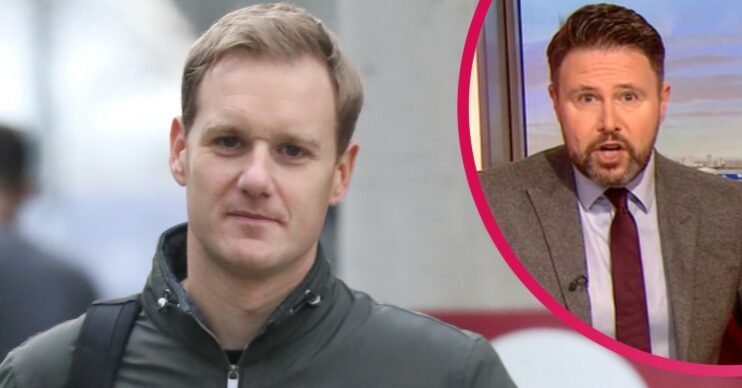 Dan is leaving the show soon

Following the news, viewers have speculated on who would take Dan’s spot on the red sofa alongside Sally Nugent.

It seems one presenter has been thrown into the mix by many viewers – BBC Breakfast star Jon Kay!

Who will replace Dan Walker on BBC Breakfast?

Many viewers have called for Jon to replace Dan on BBC Breakfast.

On Tuesday, Jon joked about completing a “job application” on Twitter.

He reposted a clip of himself reporting from Woolacombe as he took a long time to respond to presenter Fiona Bruce.

Fiona asked Jon about the weather conditions and he struggled to respond promptly.

Alongside the clip, Jon joked: “That’s my job application completed, then… @mrdanwalker.”

Dan replied to the tweet with four clapping hands emojis.

However, many of Jon’s fans were quick to tell him to actually apply for Dan’s job!

One person said: “You’d be a great replacement for Dan!”

Another wrote: “That would be great if you got the job, as I enjoy Breakfast when you are on, fingers crossed you get it.”

A third added: “Fingers crossed for @jonkay01… Best man for the job.

“Sorry to see you go @mrdanwalker but wish you all the best.”

Another said to Jon: “You are my number one choice replacement.”

Is Dan Walker leaving the BBC?

Dan will be hosting 5 News as well as fronting a range of new programming on the channel.

He said on social media: “I’m really excited. But this has also been a massive decision for me because I love Breakfast.

“I love working alongside Sally [Nugent] and I love the team there.”

He added: “But Channel 5 came with big ambitions, with big plans. And I don’t think opportunities like this come around very often.

“What I love about this deal is I not only get to present the news, but also host a whole range of new programmes right across the channel.”

Should Jon replace Dan on BBC Breakfast? Leave us a comment on our Facebook page @EntertainmentDailyFix and let us know.