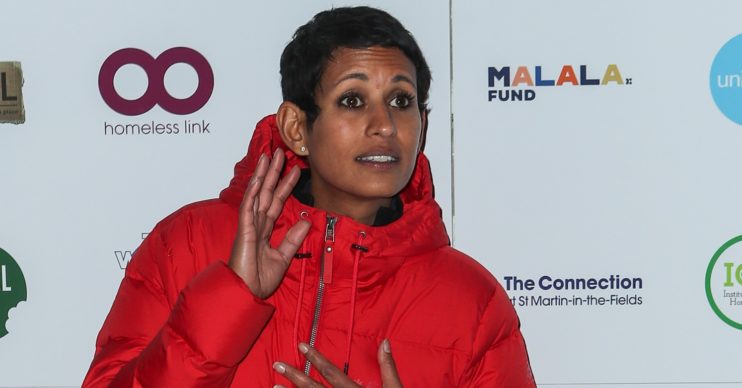 BBC Breakfast presenter Naga Munchetty has admitted she’s petrified of the idea of cycling ever again after her husband was knocked down by a car.

Naga opened up about the incident for the first time during a chat with Louise Minchin on Annie Emmerson’s Her Spirit podcast.

“My husband got hit by a car last week while cycling,” she told the hosts.

“Is he alright?” they replied.

“He’s battered and bruised, but he’s okay,” said the presenter.

Naga went on to confess that her husband’s nasty accident had left her incredibly nervous of using a bike again, especially when on main roads.

“So I’m petrified of cycling on the roads, absolutely petrified, I’m scared of traffic.

“I think everyone’s an idiot, either who’s on a bike or in a car, because they don’t have road sense,” she added.

It comes after the broadcast journalist clapped back at a Twitter user who took offence to her towering stilettos.

The user tweeted: “I’m not known for my own sartorial elegance but why would anyone like Naga Munchetty feel the need to wear high-heeled shoes like these on a BBC TV breakfast news programme? Discuss…”

Naga defiantly replied in view of her 198,000 Twitter followers: “Because I want to.”

The BBC star was lauded for her straight-to-the-point comeback.

Another user praised: “Seriously, that was such a dumb question, and a perfect answer.”

Someone else replied: “Good on you Naga. Wear what you like. You always look stunning. But more importantly carry yourself like a true professional. Ignore the idiots.”

Yet another commented: “I was watching @BBCNaga with utter shoe envy this morning! Always refreshing to see how our female journalists continue to have to defend their sartorial choices… #casualsexism.”

Go to our Facebook page @EntertainmentDailyfix and leave a comment to let us know what you think.