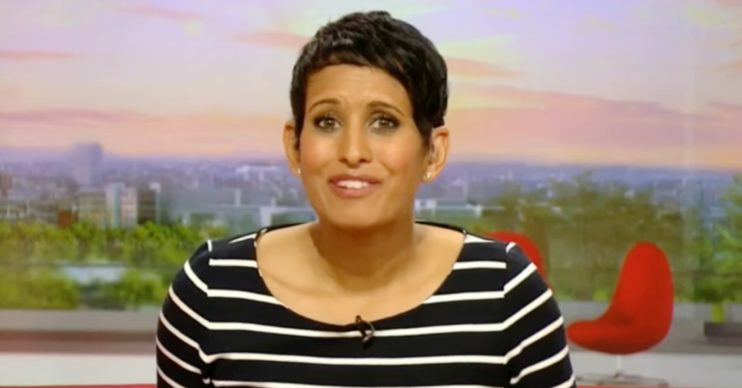 As well as presenting the morning show alongside Charlie Stayt, Naga also hosts her own BBC Radio 5 Live.

And she’s certainly raking in the cash!

Read more: Where was Naga Munchetty on BBC Breakfast today and why was she not presenting?

BBC Breakfast: How much money does Naga Munchetty earn?

According to the BBC’s annual report, Naga’s salary has rocketed by 30%.

Meanwhile, the new figures show that Gary Linekar still earns over £1.3million per year – despite taking a pay cut in 2020.

But while Naga may be delighted with her hefty salary, some fans were left divided.

Taking to Twitter, one said: “She isn’t worth half that!”

A second wrote: “30% pay rise for Naga, who has singlehandedly crashed BBC Breakfast into the ground.”

What makes Naga so special?

Another raged: “I am flabbergasted.”

In addition, one shared: “This is outrageous. My money and everyone else’s money paying for her luxury lifestyle.

“Glad I don’t watch BBC anymore. Stick with GB news. So much more entertaining and informative.”

I have never seen a programme with Naga Munchetty in it so I can't judge her talent.
I do know, without a shadow of a doubt, that she isn't worth a quarter of a million a year though.

Read more: BBC Breakfast star Naga Munchetty admits honeymoon was ‘boring’ but who is her husband?

Another pointed out: “There are a lot of people in this country that deserve a 30% rise but won’t get one – what makes Naga so special?”

However, others defended those who have received a pay rise from the BBC.

They said: “I think it’s more that BBC needs to justify why they pay that. I don’t know anyone who would say, nah, that’s too much, pay me less, when offered a salary!”

Overall, the talent wage bill at the BBC has been slashed by 10 per cent during the past year.