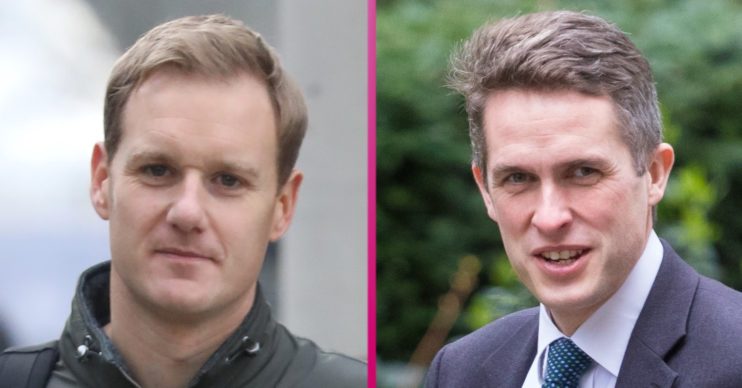 The Education Secretary was on BBC Breakfast today

The Education Secretary was on the BBC daytime TV show earlier (Wednesday, August 26) to chat about children going back to schools, and whether or not they should be wearing masks.

Dan, who was on today with co-host Naga Munchetty, also grilled the Conservative minister on the recent A-Level results fiasco.

Thousands of students saw their results downgraded as their grades calculated using a controversial modelling system.

What did BBC Breakfast’s Ban Walker say to Gavin Williamson?

On BBC Breakfast, Dan had to speak over the Education Secretary in an attempt to cut him off.

He accused the MP of deliberately stretching out his answers to avoid questions.

“You’ve mentioned that now, I’m going to ask you some questions and hopefully we’ll get some answers, okay? Because Labour…”

But the Education Secretary argued: “You can’t help… you wouldn’t expect me not to be enthusiastic about delivering education and welcoming children back to schools.”

Dan replied: “I understand that but it feels like you’re talking down the time so I don’t get to ask you the questions!”

How did BBC Breakfast viewers react?

One said: “Their PR people train them to do this specifically.”

They need calling out every time.

A third fumed that the Prime Minister should ‘sack’ the Education Secretary. They added: “He’s not fit for purpose.”

Someone else said it was “about time” Dan called out government ministers, adding: “Johnson’s incompetent ministers are only there to spout propaganda. They need calling out every time.”

He shouldn’t be answering any questions. He should be sacked. He’s not fit for purpose.

About time too. Johnson’s incompetent ministers are only there to spout propaganda. They need calling out every time.

A fifth tweeted: “Good [to see] and all interviewers should do it until the politicians stop. It is SO irritating.”

Another thought Dan had taken a leaf from the book of his GMB rival, Piers Morgan, who is known for going in hard against ministers.

“Finally @mrdanwalker realises why @piersmorgan interrupts these clowns,” they wrote, adding: “If he’s not careful they might start to boycott him too. This government and its cheerleaders hate honesty and accountability.”

Good and all interviewers should do it until the politicians stop. It is SO irritating.

Finally @mrdanwalker realises why @piersmorgan interrupts these clowns………..if he’s not careful they might start to boycott him too. This government and its cheerleaders hate honesty and accountability.

"There's no intention of extending it beyond that"
Education Secretary, Gavin Williamson MP, tells #BBCBreakfast the government will not extend the requirement of face coverings in secondary schools within local lockdown areas to all secondary schools.https://t.co/Ap2Leu4sKC pic.twitter.com/lHUFRpofCh

What did you think of Gavin Williamson on BBC Breakfast? Leave us a comment on our Facebook page @EntertainmentDailyFix and let us know.