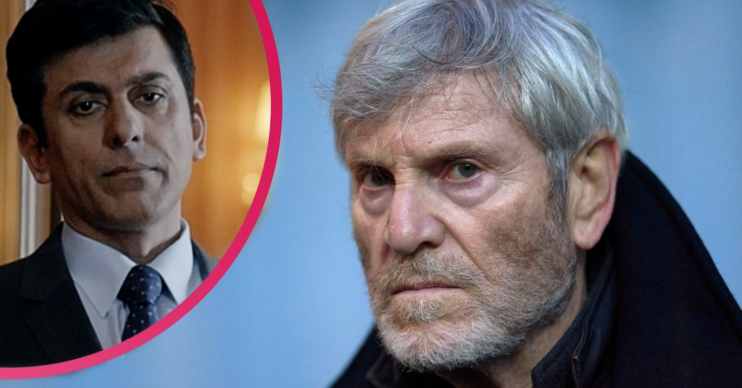 BBC Baptiste: First episode of series 2 has viewers all saying the same thing

Actor Ace Bhatti appeared in Line of Duty and isn't to be trusted, according to viewers

Starring Tchéky Karyo, it showed him get involved in a new case in Hungary.

But viewers were all saying the same thing after the first instalment – don’t trust one of the supporting characters because the actor has got previous when it comes to playing bent coppers.

What happened in the first episode of BBC Baptiste series 2?

Julien Baptiste – still reeling after the death of his daughter and the breakdown of his marriage – decided to dive head-first into a new case.

In Hungary, British diplomat Emma Chambers (Killing Eve star Fiona Shaw) woke up one morning during a break in the forest to find her husband and two teenage sons missing.

As Baptiste became involved, the pair found the body of her husband. He had been shot.

Read more: Baptiste series 2: Who’s in the cast and how many episodes of the BBC One drama will there be?

However, her two sons were still missing.

And, as the timeline shifted forwards to the present day, Emma presented Baptiste – now a broken man because of the case he couldn’t solve 14 months earlier – with a surprise.

She had captured the prime suspect and put him in a cage in the back of her car!

What did viewers say about the first episode?

As the investigation unfolded viewers took to Twitter to give their reactions.

And although the case enthralled them, they all said the same thing about the episode.

Ace is a familiar face to crime drama fans – he appears in Line Of Duty as the slightly dodgy PCC Rohan Sindwhani.

And because of Sindwhani’s link to bent coppers, they warned Baptiste to watch out for him.

If you are trusting the Line Of Duty Guy then you need to assess your life choices. #Baptiste

Ted’s nemesis is back. #Baptiste

What did viewers say about Nadeem?

One viewer said: “Ted’s nemesis is back.”

Another wrote alongside an image of Nadeem: “#Baptiste Never trusted him in Line of Duty & looking suspicious again???”

Read more: Baptiste series 2: Start date confirmed – who’s in the cast and what is this series about?

“Not sure a bent copper is going to be much help #Baptiste,” a third viewer warned.

A fourth wrote: “If you are trusting the Line Of Duty Guy then you need to assess your life choices. #Baptiste”