A new EastEnders compilation DVD has made fans annoyed after show legend Peggy Mitchell was missed off the cover.

The Best of EastEnders features lots of clips from iconic Enders storylines over the years, presented by star Ian Woodyatt, who plays Ian Beale. 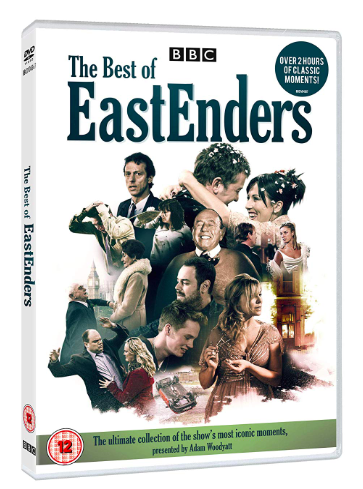 The cover shows some of Enders most famous stars including Kat and Alfie Moon, Den Watts, Dot Cotton and Mick Carter.

Former Enders star Danniella Westbrook, who played Peggy’s daughter Sam, was quick to notice that her on-screen mum had been snubbed. 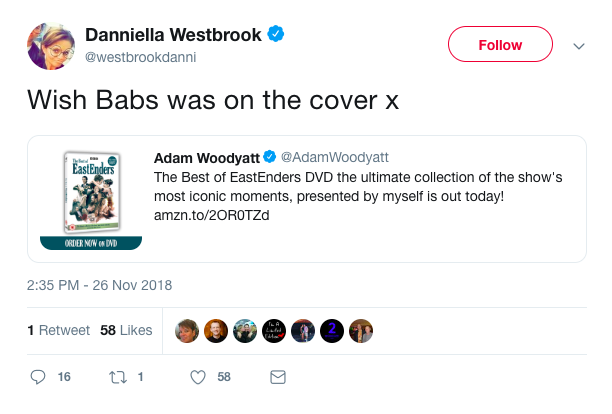 “Wish Babs was on the cover,” she wrote on Twitter.

Lots of fans agreed with Danniella.

“Peggy was the queen vic,” one viewer said. “She should be centre.”

And another fan said: “Barbara Windsor should’ve been on the cover along with Phil & Grant.” 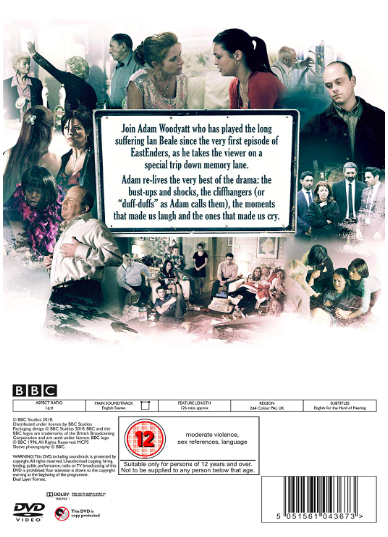 But an Enders spokesperson told the Daily Mail that Babs is featured on the DVD itself.

“The Mitchells, including some of Peggy’s memorable moments, feature prominently in the DVD’s content,” the spokesperson said.

And sharp-eyed fans will spot the back of Peggy’s head on the back cover, too, along with son Grant and best friend Pat Butcher.

Whether Peggy’s on the cover or not, we reckon there will be lots of EastEnders fans who would be delighted to unwrap this DVD on Christmas morning – us included!

Do you think Peggy should be on the Best of EastEnders DVD cover? Let us know by commenting on our Facebook page @EntertainmentDailyFix!