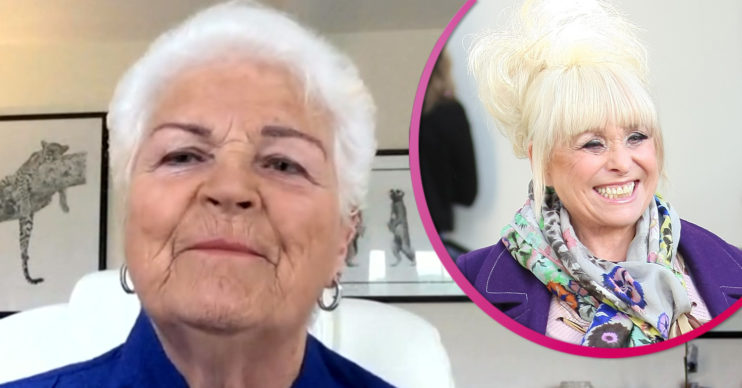 Barbara died on Thursday after a battle with Alzheimer's

Pam appeared on Friday’s This Morning to remember Babs following her death at the age of 83.

Speaking on the show, Pam – who played Pat Butcher in the soap – said she feels sad over not seeing Barbara in almost a year.

What did Pam say about late friend and EastEnders co-star Barbara Windsor?

Speaking about Babs joining EastEnders, Pam said: “It was such an extraordinary thing when we knew Barbara was coming onto the show.

“I felt like curtsying when she came in. She settled into that [role] beautifully.”

She said: “We’ve kept in close contact, he’s kept me up to speed with everything that’s been happening.

“I’ve been out of the country for most of this year.

“Nobody could go and visit her with lockdowns which is sad because it means I haven’t seen her for nearly a year. That is a sadness to me.”

Pam also spoke about the first ever time she met Barbara.

She explained: “I was working at Joan Littlewood’s theatre and I was doing a play in which I had to turn to somebody and just flip the back of my skirt up and show them my bottom.

When did Barbara die?

“I heard this [laughing] and I was like, ‘Who’s that? It sounds like Barbara Windsor!’ And indeed that was the first time [I met her].”

It comes after Barbara’s husband Scott Mitchell confirmed she had died on Thursday night (December 10).

The Carry On legend was diagnosed with Alzheimer’s in 2014.

However, Barbara and Scott only went public with her illness in 2018.

In a statement, Scott said: “I will always be immensely proud of Barbara’s courage, dignity and generosity dealing with her own illness and still trying to help others by raising awareness for as long as she could.

“May you rest in peace now my precious Bar. I’ve lost my wife, my best friend and soulmate and my heart or life will never feel the same without you.”