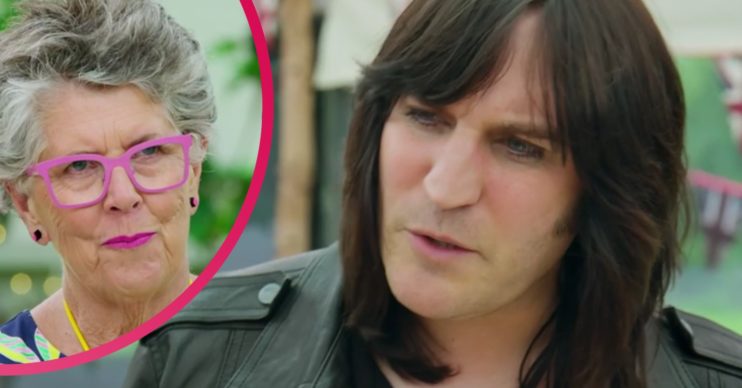 Who went on Bake Off this Week? Viewers stunned by shocking elimination

It was chocolate week on Bake Off this week, and despite being the nation’s favourite cheeky treat, we doubt some of the contestants are ever going to want to go near it again.

The first challenge left some of this year’s stars stumbling at the first hurdle as they tried their best and making the perfect brownie.

What happened on Bake Off this week?

Practically everyone messed up the first challenge.

Fan favourite Sura surprised viewers when even the judges weren’t pleased with her “tough” brownies.

Hermine panicked that she wasn’t going to get hers finished in time, and even though she managed in the end, she may have been better off if she hadn’t.

However, she also managed to gross out viewers when she claimed her brownies were covered in “wet freezer juice”.

I never want to hear the words Freezer Juice ever again #GBBO pic.twitter.com/zonj2YVGZx

What happened during this week’s technical challenge on Bake Off?

This week’s technical challenge was for the contestants to make a traditional Jewish Babka cake.

Considering barely any of the contestants had even heard of what they were baking, viewers weren’t confident that the challenge would turn out any better than the first.

With half of the time gone, there wasn’t a single baker feeling confident about the challenge.

Lottie struggled massively, falling behind the rest of the pack and finishing in ninth place.

This week’s Top Two were Laura and Linda, who impressed the judges with both the taste and appearance of their puddings.

What happened during the showstopper challenge?

This week the contestants had to make a white chocolate cake with two or more layers.

With many failing to impress, it all came down to the final challenge to save their bacon and keep their place in the competition.

White chocolate melts very easily, and with tent getting warmer every second, panic quickly ensued with just one hour remaining.

A defeated-looking Sura was positive her final product wasn’t going to impress, and she walked away from her oven shouting: “I’m done. I’m done. Whatever.”

When the judges took a look they noticed much of Sura’s dough was actually raw, to the dismay of viewers.

Linda’s cake went down like a storm taste-wise, but her decoration left something to be desired.

Others that impressed the judges were Peter, Hermine and Laura.

In the end, it was Mark L who was crowned this week’s Star Baker.

Who went home on this week’s Bake Off?

“I’m not going to be bitter about it, I’ve had a great time,” she said.

Now, just four episodes in, other names backed for the final are Marc, Hermine and Lottie.

Leave us a comment on our Facebook page @EntertainmentDailyFix and let us know what you think of GBBO.