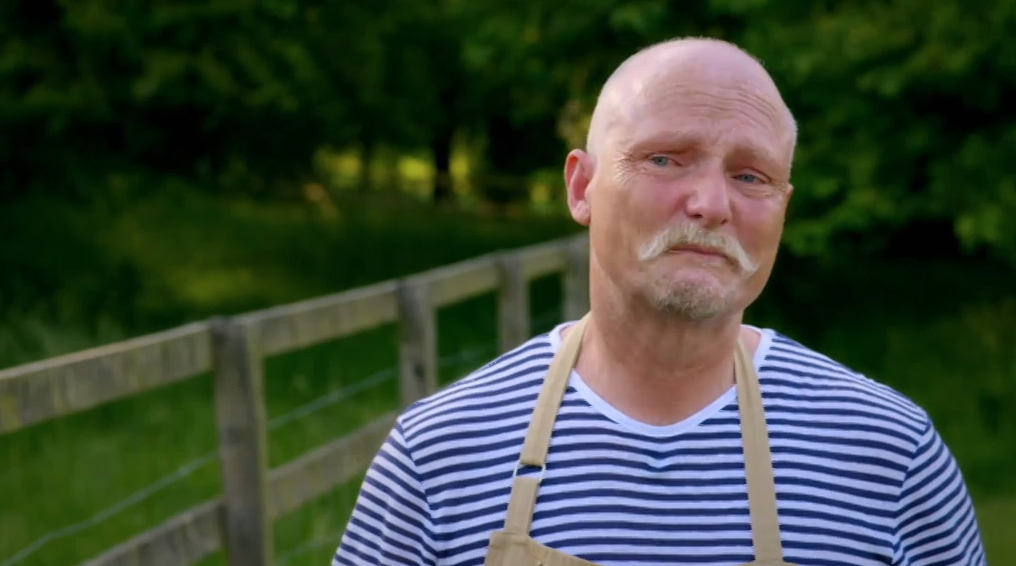 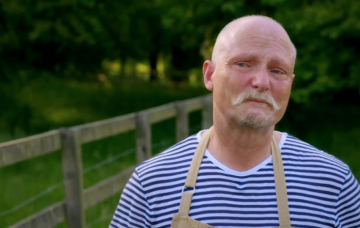 Contestant opened up after elimination

Great British Bake Off viewers have poured their hearts out to Terry Hartill after the contestant broke down over the loss of his wife.

The baker said the show had helped him cope with grief and had “filled the void”.

Fans flooded social media with messages of love and support for Terry, who was eliminated with Karen on last night’s show.

Fighting back tears, Terry, 56, said in his exit interview: “I said I wouldn’t get upset.

“It’s funny when you’re on your own. My wife and I were very happy and that was a massive loss.

“There wasn’t anything to fill the void for a very long time, so it did give me a focus.

“I’ve met some lovely people. I’m sure we’ll keep in touch for a long time.

“It’s been a big help and something I’ll remember for a long time.

“I won’t stop baking. I’m very much looking forward to more projects carried out in a bigger time frame.”

The interview broke viewers’ hearts, with fans saying it was the “most emotional moment in TV history”.

Another tweeted: “Oh my god Terry has just reached into my chest & torn my heart out.”

A third suggested Channel 4’s producers could have kept him in the tent to bake every week “just for fun”.

Terry’s departure was heart-wrenching! What a class act. #GreatBritishBakeOff #GBBO

Terry made me bawl 😭😭 #gbbo

Full on sobbed like a child at #GBBO last night. Petition to start a weekly group hug club for Terry now open.

Literally sobbing at Terry at the end of #GBBO 😢😢😢😢😢

Just caught up on Bake Off and omg blubbering like a baby at Terry’s speech. I love you Terry!!!! 😭😭😭 #GBBO

Most emotional TV moment in history from our Terry 😭😭 #GBBO 🎂

Poor Terry. Broke my heart. Could they not just have kept him there to bake every week anyway just for fun. He is a lovely man #GBBO https://t.co/fYSkyBOBBx

He had missed the previous week’s Bake Off through illness but the judges and fellow contestants unanimously decided to give him a bye through to Spice Week, a first for the show.

It meant no one was eliminated during his absence, so last night’s episode became a double elimination.

Unfortunately, Terry had a disastrous week, culminating in his Showstopper biscuit chandelier, themed on the 12 Days of Christmas, proving too ambitious and sealing his fate.

* Great British Bake Off continues on Channel 4 at 8pm on Tuesday.

What did you think of Terry’s emotional interview? Leave us a comment on our Facebook page @EntertainmentDailyFix and let us know what you think!