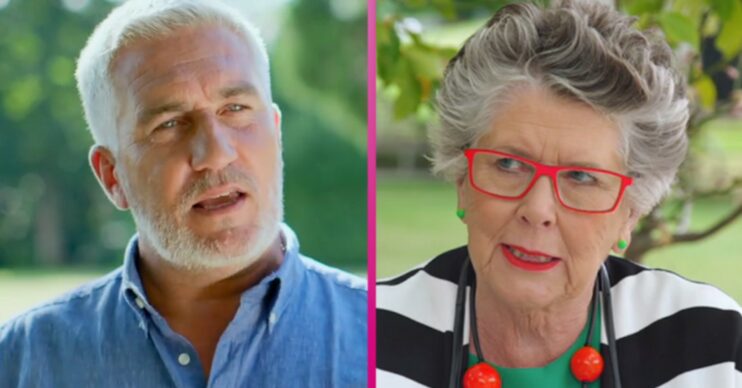 The Great British Bake Off is the heartwarming series we’ve all grown to love over the years.

While the adorable Mary Berry may have departed the show in 2017, the Channel 4 series is nothing short of wholesome family content.

However, it’s still packed with plenty of baking drama.

During series four, the tent was rocked after contestant, Howard Middleton, had his custard stolen.

The crime – known as ‘Custardgate’ – left the nation up in arms.

In the end, Deborah Manger owned up to using the custard for her own trifle.

Paul and Mary judged the custard separately, however Deborah was soon sent packing.

While Howard’s proved to be a hit with the judges, the rest of her trifle just wasn’t up to scratch.

The judges usually remain impartial when it comes to testing the contestants’ bakes.

However, Paul Hollywood has been accused of showing favouritism over the years.

According to some fans, the baker gave preferential treatment to Ruby Tandoh.

In fact, the judge was unfairly accused of having an affair with the contestant at one point.

Ruby, who won the series in 2013, later hit back at the claims after coming out as gay.

In 2015, she tweeted: “For those who thought I fancied Paul Hollywood or that I’d ever bang him to get ahead – JOKE’S ON YOU, YOU MASSIVE [bleeping] MISOGYNISTS.”

At the time, Diana Beard was accused of sabotaging Iain Watters’ ice cream after taking it out of the freezer.

The dish was reduced to a melted mess, forcing Iain to throw it in the bin.

He was then kicked out of the tent.

Sadly, Diana was bombarded with hate after the incident – prompting the BBC to release a statement.

It read: “Diana removing Iain’s ice cream from the freezer for less than a minute was in no way responsible for Iain’s departure.”

During her first year as judge, Prue Leith hit the headlines for giving away the winner!

“No one told me judging a #gbbo final would be so emotional. I wanted them all to win,” she wrote in a tweet, before going on to congratulate winner Sophie Faldo.

Moments later, Prue deleted the tweet and issued an apology.

She added: “I am so sorry to the fans of the show for my mistake this morning. I am in a different time zone and mortified by my error.”

The big move to Channel 4

The show’s huge switch from the BBC left avid Bake Off fans shocked.

As well as moving to Channel 4, the series also said goodbye to three of its main stars.

Meanwhile, Paul Hollywood was the only star left standing.

At the time, Mary announced: “What a privilege and honour it has been to be part of seven years of magic in a tent.

“My decision to stay with the BBC is out of loyalty to them, as they have nurtured me, and the show.”