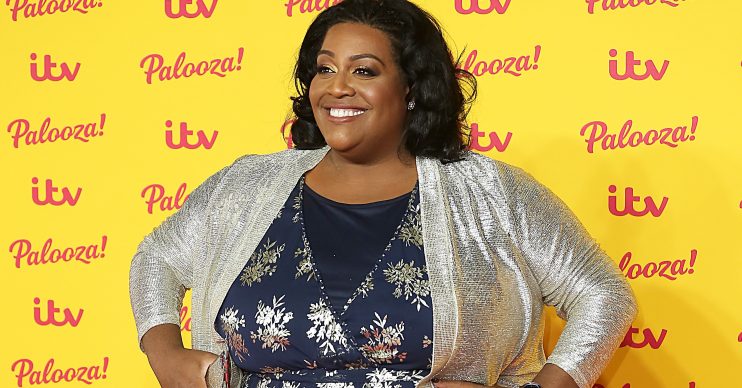 Alison Hammond proved to be such a hit with Celebrity Bake Off viewers last night they’re calling for her to be given a Damehood!

The This Morning regular joined Alex Jones, James Blunt and Joe Sugg for the Stand Up To Cancer special but it was her witty one-liners and casual comedy that stole the show.

Bored half way through one of the challenges, Alison, 45, ate one of the biscuits from her ‘biscuit showstopper’ before breaking the remaining ones into smaller pieces so she still had enough for the set quota – genius.

And when Alex’s mixing bowl shattered causing a commotion in the baking tent, Alison sipped her bottle of water, drily commenting, “I love a bit of drama”.

Great British Bake Off fans took to Twitter to show their appreciation for Alison, even suggesting she should be awarded a Damehood for her excellent comedy skills.

One wrote: “Alison Hammond is a National Treasure. A Damehood for this woman please.

“A genuine ray of light in dark times.”

Another chuckled: “Alison Hammond on #GBBO is absolutely what we need on lockdown! HYSTERICAL!”

A third shared: “Alison Hammond has carried this episode.”

The show turned out to be comedy gold from start to end with Joe Sugg fainting when he cut his finger off and Alex struggling to use the baking equipment.

Perfect cure for isolation thanks @BritishBakeOff#GBBO

Alison Hammond saying “I might as well just sit down and eat” is my spirit animal #GBBO pic.twitter.com/gwTKErcDM5

When @AlisonHammond pretty much described 2020 via the medium of bakery. #GBBO https://t.co/3dFceEfcwF

me, watching on and being unhelpful, as someone else goes through something dreadful #GBBO pic.twitter.com/4Aj73RHpMB

Hat off to Alison for so much laughter this week on #GBBO you are nation treasure!❤️ pic.twitter.com/5FNG1cYnW0

While Alison managed to bag first place in technical challenge with her mini Yorkshire puddings, she lost out to former Strictly Come Dancing star Joe who won the Star baker title.

Yesterday, March 31, Alison hosted the cooking segment on This Morning leaving Holly and Phil in hysterics and causing viewers to call for her to have her own cookery show.

During the slot, Holly commented: “I feel like we’re watching you in your own kitchen and you’re pretending to do this on the TV and you’re actually doing this.”

Alison responded: “I was practising last night,” to which Phil shouted: “You have a minute and a half, you know that don’t you?”

Alison the hilariously replied: “Babes, chill, relax, I’ve got this.”