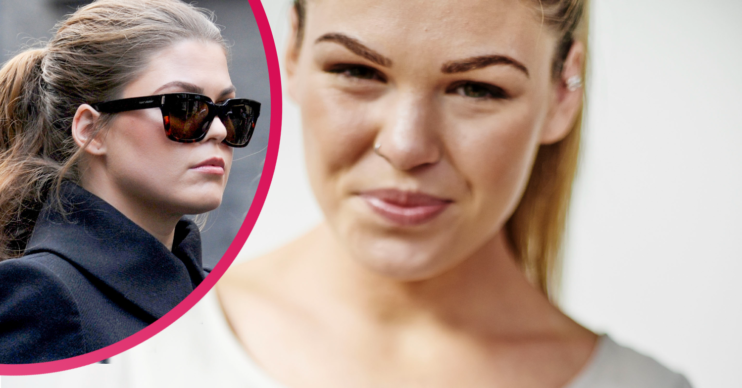 Bad Influencer on BBC One: Who is Belle Gibson, why did she lie about cancer and where is she now?

She pulled off a terrible scam

Belle Gibson went from super-influencer to social pariah in a matter of days – but who is she and why did she lie about having cancer?

A new documentary film airing on BBC One tells the extraordinary tale of her fraudulent claims.

And, we’ve got to say, it’s worth staying up for.

Read more: Gogglebox fans accuse cast of being ‘influencers for the government’ as they take part in Census ad

Who is Belle Gibson?

Belle, now 29, was an Australian wellness blogger, with more than 300,000 followers.

She was born in Tasmania and, according to interviews, had a troubled upbringing.

She became famous when she revealed she’d been diagnosed with an inoperable brain tumour.

The social media star told her followers she had four months to live.

She then revealed she had “cured” herself through healthy eating and alternative medicines.

In fact, Belle did not have cancer at all.

Belle chronicled her battle with cancer on a blog of the same name.

However, “doubts about her claims surfaced after she failed to deliver a promised $300,000 donation to a charity”.

Belle claimed to have “countless times helped others” to forgo conventional medical treatment for cancer and to treat themselves “naturally”.

In interviews, she claimed to have suffered from malignant brain, blood, spleen, uterine, liver, and kidney cancers.

She further claimed her health woes were as a result of a reaction to the Gardasil cervical cancer vaccine.

She’d previously claimed that she had undergone heart surgery several times and to have momentarily died on the operating table.

However, her story soon emerged as inconsistent and she was unable to substantiate her medical claims.

Nor did she have any scars.

Read more: Documentary In the Footsteps of Killers on C4 accused of being in bad taste

Why did she lie about having cancer?

In late April 2015, Belle gave an interview to The Australian Women’s Weekly, in which she admitted to lying.

She revealed she had fabricated all her cancer claims.

Belle blamed her upbringing, saying she’d been neglected by her now-estranged mother.

She told the interviewer she’d been forced to take care of herself and her brother since the age of 5.

Belle’s mother Natalie Dal-Bello denied claims Belle had made about her family, including the false claim that her brother was autistic.

Where is Belle Gibson now?

However, Belle claimed she could not afford to pay the fines.

Authorities charged her with contempt of court and a new trial was set for 14 May.

She faced an undetermined number of years in jail if she did not attend.

In 2020, the Sheriff’s Office of Victoria raided Belle Gibson’s home in Northcote.

They seized items to recoup her unpaid fines.

Belle has since been trying to keep a low profile, but her home was raided again on May 2021.

The last public sighting of Belle Gibson came in January 2020.

Belle appeared in a video claiming to be adopted by Melbourne’s Ethiopian community.

Video footage emerged of Belle speaking in the Oromo language, referring to herself as “Sanbotu”.

She calls Ethiopia “back home”.

Has Belle Gibson ever said sorry?

Belle’s interview with The Australian Women’s Weekly was described as an admission of deceit, without expression of regret or apology.

Even now, Belle has not made a public apology.

Was Belle married and did he husband stick by her?

Belle Gibson has a nine-year-old son, Olivier Corbett, who lives with her.

She also lives with a man named Clive Rothwell.

As have all of her social media accounts and apps.

Her previous handle was @OnlyBelle.

Could you forgive Belle Gibson for her lies? Leave us a comment on our Facebook page @EntertainmentDailyFix.