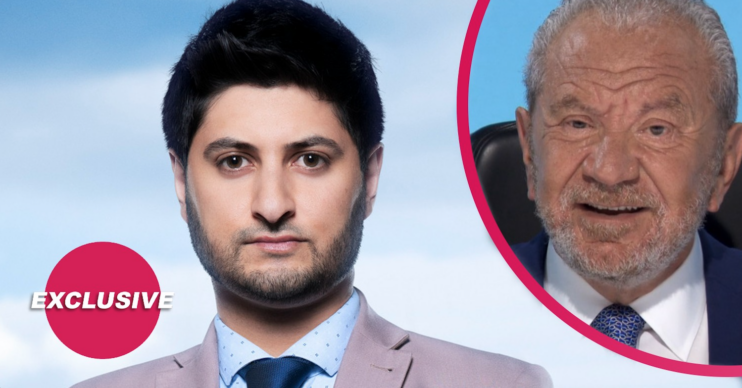 He wasn't happy with the 'turd' logo either

The Apprentice star Harry has spoken out after becoming the first candidate to be axed from the new series.

The hit series returned to our screens tonight (Thursday January 6) and it was Harry Mahmood who heard those immortal words – “you’re fired” – from Lord Alan Sugar.

But now 35-year-old Harry has bit back and that Akeem should’ve gone instead.

What happened to Harry on The Apprentice?

Asked to design a new cruise brand the male and female teams had to make a logo, a social media ad and a TV advert.

Read more: The Apprentice: Who’s going to go early? Who will we love to hate? Meet the full list of candidates

In the end, it came down to Harry, team leader and sub-team leader Akeem left in the boardroom.

And Harry, who had been (very) vocal in his criticism of the now infamous ‘turd’ logo throughout was axed because of his “disruptive” nature.

What did Harry say about The Apprentice candidate Akeem?

However, speaking exclusively to ED! Harry said that it was Akeem that should’ve gone instead.

We asked if he was feeling robbed by Lord Sugar’s verdict.

Harry replied: “Yes, definitely. I think 100 per cent it should have been Akeem.

“He signed up to that logo even though the logo I put forward… it was a very symmetrical logo encapsulating the brand and all the pillars.

“How can you not go with that idea – he must be brain dead!”

Harry not happy with ‘turd’ logo

The logo in question – designed by Nick and Akeem – did not go down well in the boardroom.

Instead of looking like a luxury wellness and lifestyle brand, Karren Brady called it a “turd”.

And Harry wasn’t happy with it either.

“I was disgusted,” Harry told us.

“As soon as that logo got signed off, I said to Akeem: ‘The logo you’re going for is rubbish’.

“I knew we would fail this task based on his decision making. We needed to create something that said well being. That wasn’t well being – it was a turd, literally turning into mutated slime.”

Who does Harry think will win?

As for who Harry thinks will win, he has a few tips.

“People that really stood out for me who were nice people, Akshay I got on really well with,” he said.

“I got on really well with Navid, but I think in terms of ones to watch out for – Francesca.

“She was very articulate, and Brittany, who is very intelligent. I’d be happy to go into business with any of them.”