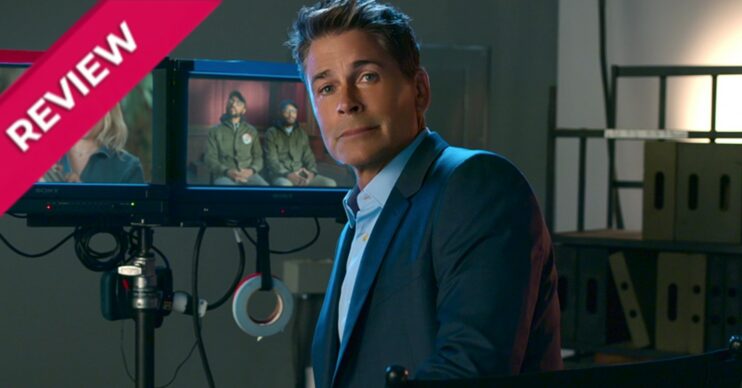 Crash, Bang, Wallop – It’s the Attack Of The Hollywood Clichés!

Except it’s less of an attack more of a casual meandering, fronted by Rob Lowe.

Black Mirror’s Charlie Brooker is executive producer of this film, so you’ll be forgiven for thinking this film is a satirical look on the world of Hollywood. This is not the case.

In the space of 58 minutes, Lowe, film critics and a host of A-listers appear to list us through all the tired and overused stereotypes the cinematic world has to offer.

But with 32 clichés, some with sub-clichés, and 29 contributors to get through, most are barely grazed over.

The format is similar to the highlight reel shows you see on Channel 5 when they relive the 90s. Very much “remember this exists? What about this? Or this?”

In fact, some contributors earned the easiest pay packet ever by getting less than a minute of air-time throughout the entire run.

It results in an overstuffed mess that doesn’t know its audience.

Some of these tropes are well-known even to the untrained eye. The boy-meets-girl ‘meet cute’, the maverick cop who at some point has to turn over his badge and gun, the Manic Pixie Dream Girl.

Frustratingly, there are moments where we wished they would have gone deeper but apart from a casual overlook we never know more of.

What is the Hays Code and how does that affect depictions of sex on screen? We’re kind of told, but then informed it’s since been got rid of. How did that have a lasting impact on cinema?

Why is the Bury Your Gays trope (where gay characters have to die for the sake of the plotline) so withstanding, even in the modern-day?

Did you know 40% of LGTBQ characters nominated for Oscars die before the end of the film? That’s interesting. But it’s immediately followed up by ‘inconvenient tech fails’ where characters are duped by bad phone reception. We get it, it’s a plot device.

If the show was to take a more satirical view so well-attached to Brooker and co-writer Annabel Jones, then we think it could have had more of a leg to stand on. If it was a series, rather than a film, they could have focused more in-depth mocking the moments of cinema we’ve learned to take for granted.

But instead, it’s just a really, really long list. With stars like Florence Pugh and Andrew Garfield talking about their experiences filming classic ‘kissing in the rain’ scenes.

This film takes an interesting topic full of opportunities for jokes and skits and turns it into a boring slog.

Is Attack Of The Hollywood Clichés worth the watch?

Attack of The Hollywood Clichés is a Buzzfeed listicle stretched out to an hour with an oversized budget.

The film barely scratches the surface of the Hollywood its meant to be criticising. Instead, it crams everything they can into the space of an hour,

Ironically, for a film about tired tropes and repetitive behaviours, this serves nothing new itself.

Despite its all-star cast, Attack Of The Hollywood Clichés is sadly not worth spending your time on.

Attack of The Hollywood Cliches is available now on Netflix.