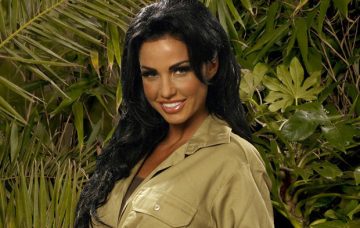 Katie Price to do I’m A Celeb… again?!

It would be her third time

Katie Price has hinted she is to appear on I’m A Celebrity… Get Me Out Of Here! again.

The 40-year-old star has taken to Twitter to admit to her fans that it would be her “dream come true” if she was to participate on the reality show for a third time, following stints in 2004 and 2009.

The model – who won Celebrity Big Brother in 2015 – tweeted: “What a dream come true it would be to go back into @imacelebrity.”

When the star first entered the jungle in 2004, she famously met and fell in love with ‘Mysterious Girl’ singer Peter Andre.

The pair went on to marry and have kids Junior, 13 and Princess, 10.

In her first appearance on I’m A Celebrity, Katie won the public over with her personality – separating herself from her glamour modelling pseudonym Jordan and establishing herself as her own person.

Sadly, the couple divorced in 2009 after four-years of marriage, and the star returned to the jungle that year for a second stint Down Under.

But Katie quit the show after just nine days, after getting picked to do Bushtucker Trials by the public almost every day.

Should the businesswoman return to the Australian jungle for her hat-trick, she will appear alongside Fleur East, Malique Thompson-Dwyer and Harry Redknapp, who were among the first celebrities to arrive Down Under for the upcoming series.

This show will be hosted by Declan Donnelly and Holly Willoughby, who is taking over from regular presenter Ant McPartlin because he is taking a career break following a stint in rehab and a drink-driving conviction.

Would you like to see Katie back in the jungle? Leave us a comment on our Facebook page @EntertainmentDailyFix and let us know what you think.